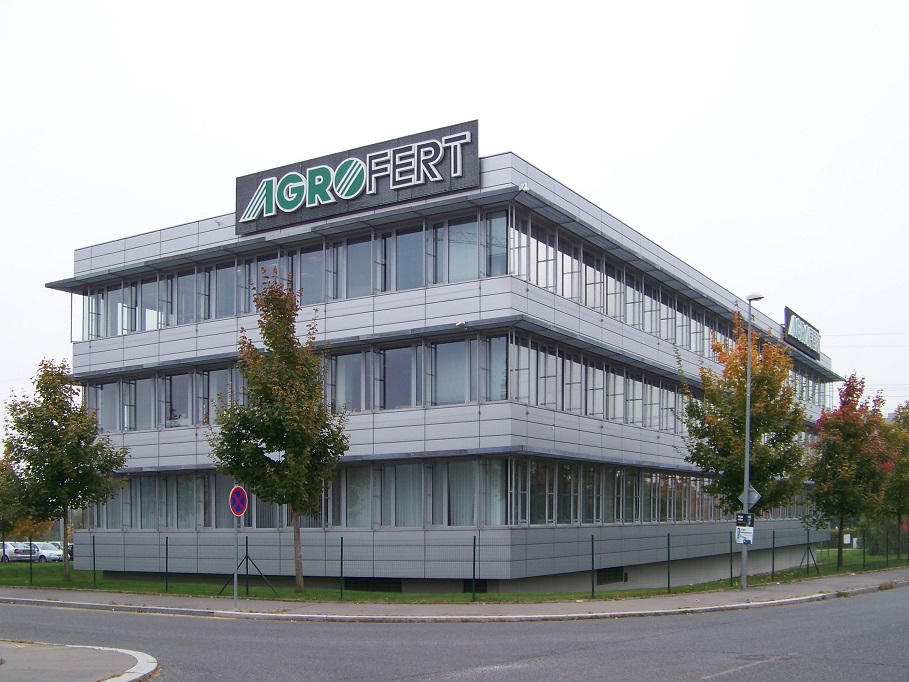 Controversy continues over the state subsidies received by agricultural, chemical and food-processing holding company Agrofert, linked to Czech Prime Minister Andrej Babiš. According to recent reports, the total subsidies the company receives from the state are around three times more than it paid in taxes in 2017. Photo credit: ŠJů, Wikimedia Commons [CC BY-SA 3.0 ], from Wikimedia Commons.

The record amount of subsidies Agrofert received from the Czech State in 2017 is nearly triple the income tax paid by the company last year.

Agrofert, founded by Babiš in 1993, is the biggest player in the Czech agriculture and food industry, as well as the chemical and wood processing sectors, and also owns media outlets. Almost half the subsidies Agrofert received were used for the construction of a bakery in Germany, according to an article from the Prague Monitor. A large part of the subsidies received were also paid to food-processing companies in the Czech Republic (“Agrofert subsidies three times higher than its taxes”, July 26).

At the start of 2017, Agrofert was still owned by then-Finance Minister Babiš, according to an article by Ian Willoughby on Radio Praha. However, Babiš put his shares in a trust fund in February 2017 to address rising concern over conflicts of interest related to his political position (“Babiš’s Agrofert Receives Record Subsidies”, July 26).

Last Wednesday, members of the Czech Pirate Party declared the subsidies paid to Agrofert unlawful, as Babiš still controls the company and benefits from the trust fund, and suggested that the subsidies should be returned, Prague Monitor reported.

Although Babiš has transferred his shares in the company to a trust fund to avoid political controversy, this has changed very little regarding his interests, according to an article by Luděk Vainert in Hospodářské Noviny. Even though Babiš calls Agrofert his “former business”, he could still be the boss of the company and profit from its success after leaving government (“Agrofertí “velké domů”, zásadní problém Česka. Zákon o střetu zájmů je bezzubý”, July 26).

This is not the first time Agrofert has been involved in political and economic controversies this year.

An article published by British newspaper The Guardian in January 2018 reported on irregularities discovered by the European Union’s anti-fraud office regarding subsidies paid to a farm and hotel owned by Agrofert (“EU anti-fraud office finds ‘irregularities’ in payments allegedly obtained by Czech PM”, January 5). Moreover, an article by Chris Johnstone of Radio Praha in February 2018 reported that the Supreme Court has ordered an investigation into the sale of a farm near Plzeň bought by Agrofert to be reopened (“Supreme Court Calls For New Investigation Over Agrofert Group Owned Farm” February 11).

Conflict of interest has been a sensitive issue and a hot topic in the Czech Republic in recent years due to politicians and office holders having close links to large companies and involvement in their commercial affairs. The new developments and reports on subsidies paid to Agrofert, and the company’s links to Babiš, have once again raised questions and public concern about the relationship between politics and business, and people with political influence being involved in economic ventures with large businesses and holding companies.

https://brnodaily.com/2018/08/01/breaking-news/state-subsidies-received-by-agrofert-three-times-its-income-tax-payments/https://brnodaily.com/wp-content/uploads/2018/08/Agrofert.jpghttps://brnodaily.com/wp-content/uploads/2018/08/Agrofert-150x113.jpg2018-08-01T14:35:45+02:00Berk BüyükbalcıBusinessNews - ArchivedPoliticsBusiness,Culture,Czech Republic,Ecology,Health,News,Politics,TechnologyControversy continues over the state subsidies received by agricultural, chemical and food-processing holding company Agrofert, linked to Czech Prime Minister Andrej Babiš. According to recent reports, the total subsidies the company receives from the state are around three times more than it paid in taxes in 2017. Photo credit:...Berk BüyükbalcıBerk Büyükbalcıberk_buyukbalci@hotmail.comAuthorAhoj Brno, this is Berk from İstanbul, a light traveller of short distances and journalist who is possessed with curiosity about new places and cultures.Brno Daily