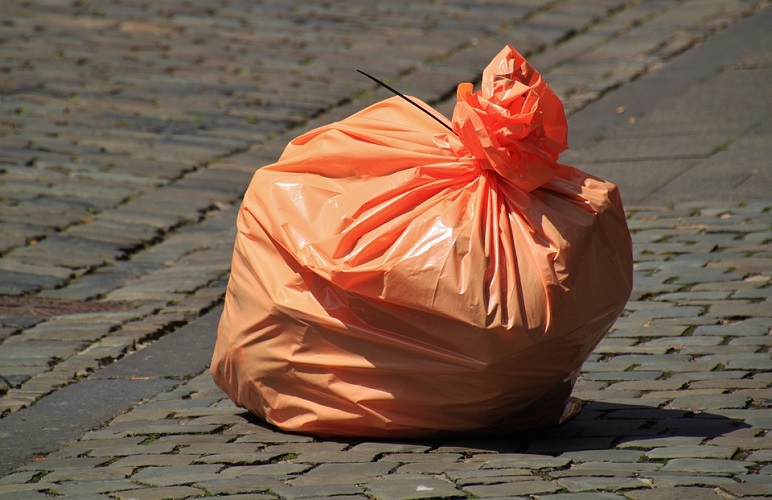 Food waste management is an issue discussed regularly in European institutions. The amount of food that Europeans throw away each year could feed up to 200 million people, it was reported at a recent conference on the topic. Photo credit: Pixabay

Brno, Jun 21 (BD) – The 4th Central European Food Waste Conference, bringing together stakeholders to debate possible solutions to the problem of food waste, was held in Warsaw, Poland on June 7. The participants aimed to encourage customers to take action on food waste. One example of a strategy created to motivate customers into doing so is Tesco’s “Perfectly Imperfect” campaign, which offers imperfect fruits and vegetables for lower prices, the British Chamber of Commerce in the Czech Republic reported on its official website on June 18.

A new amendment to the Food Act, aimed at reducing food waste, came into force in the Czech Republic in January 2018. The amendment stipulates that all supermarkets in the Czech Republic over 400 square metres must donate unsold but still edible food to charities, Radio Praha reported earlier this year (“New Czech Law Seeks To Cut Food Waste“).

However, the evidence suggests that retailers are not the biggest contributor to food waste. According to data from the European Commission, households produce 53 percent of food waste, compared to just 5 percent from the “Wholesale/Retail” sector. 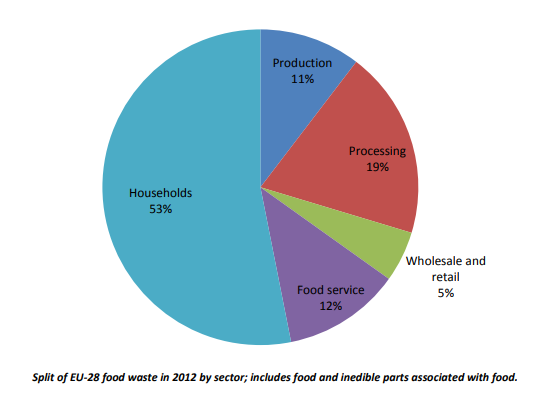 The average Czech throws away around 80 kg of food per year, according to the Tesco food waste report 2017/2018. In the EU alone, more than 88 million tons of food worth 3.8 trillion crowns are thrown out and wasted each year, while at the same time food shortages affect around 1.3 billion people in the world, according to the aforementioned European Commission report on food waste from 2016 and conference report. Compared to other EU countries, Czechs are wasting much less; they throw away about half as much as the average European citizen (173 kg per person in 2017; more info: EU infographic).

More than a half of Czechs sometimes consume food past the date of expiry, and 48 percent use food that goes bad quickly, such as dairy products and meat, after the usability date has passed, according to a CVVM poll from August 2017. According to the same poll, 86 percent of people consider food waste a problem, and more than 40 percent said it was an all-society problem.

https://brnodaily.com/2018/06/21/breaking-news/czechs-throw-away-about-80-kg-of-food-per-year-half-the-eu-average/https://brnodaily.com/wp-content/uploads/2017/07/Waste-tax-Brno.jpghttps://brnodaily.com/wp-content/uploads/2017/07/Waste-tax-Brno-150x97.jpg2018-06-21T10:30:30+02:00BD StaffNews - ArchivedPoliticsBusiness,Culture,Czech Republic,Ecology,Education,EU,Health,News,Poland,PoliticsFood waste management is an issue discussed regularly in European institutions. The amount of food that Europeans throw away each year could feed up to 200 million people, it was reported at a recent conference on the topic. Photo credit: PixabayBrno, Jun 21 (BD) - The 4th Central European...BD StaffBD Staff team@brnodaily.czAdministratorBrno Daily - English News and Events in Brno.Brno Daily

« 21-23/6 Vaňkovka is hosting a gourmet food market, “Chutě Středomoří” (The Taste of the Mediterranean)
Museum at Špilberk presents interwar photography and glass art this summer »