The number of foreign-born residents in Brno keeps growing 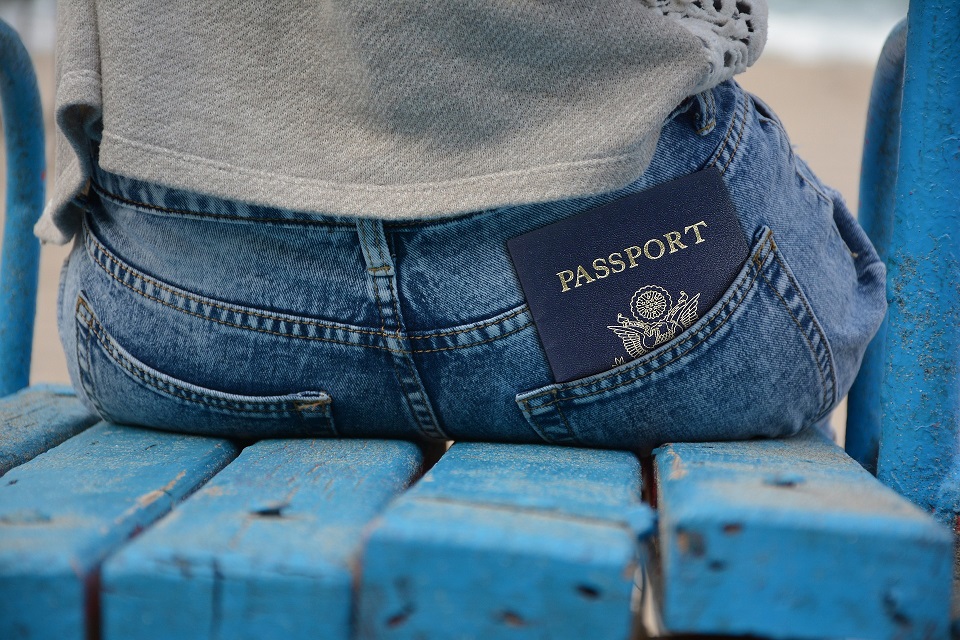 The city of Brno is an energetic and welcoming place, offering a wide range of career opportunities for people of diverse cultures and backgrounds. A continuous influx of people not only from the rest of the Czech Republic, but also from Europe and the rest of the world, makes Brno a multicultural metropolis of Central Europe. Photo: Pixabay

Brno, Jun 18 (BD) – According to the Czech Statistical Office, the number of international residents in the Czech Republic continues to grow. As the data show, the number of non-Czechs grew by approximately 31,000 from 2016 to 2017, making the total number of international residents in CR around 524,000 (both with permanent residence and long-term residence over 90 days, as shown in the graph below). With the population of the country of 10.610.055 citizens, other nationalities make up around 5% of the population. 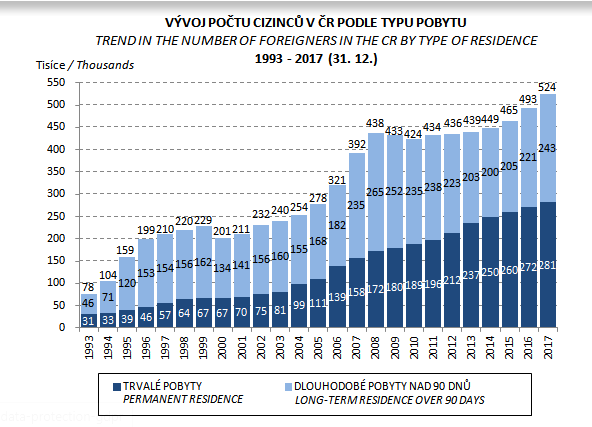 The number of foreigners in the Czech Republic from 1993 to 2017. Chart by: Czech Statistical Office

The number of international residents in Brno itself continues to grow as well. According to the information from the Ministry of Internal Affairs of the Czech Republic, by the end of 2017, Brno was either temporary or permanent home to total of 29,717 non-Czech newcomers. The number of men exceeded the number of women by approximately 5 thousand, making it 17,048 men versus (only) 12,669 women.

The newest data gathered by the Ministry (monitoring the growth of the foreign population from December 2017 to March 2018) shows the fast pace of immigration to Brno. The numbers show that the number of non-Czech residents to Brno rose to around 570 people in only three months, making foreigners around 8% of the total population (Brno-město). Of those 30,284, 17,000 are men, and 12,951 women. The numbers indicate a substantial gap between the sexes.

The percentage of Brno were made by the number 379,527 of total, found in the report of the Czech Statistical Office (January 1, 2018) for Brno-město.

https://brnodaily.com/2018/06/18/breaking-news/the-number-of-foreign-born-residents-in-brno-keeps-growing/https://brnodaily.com/wp-content/uploads/2018/06/pass-2530813_1920.jpghttps://brnodaily.com/wp-content/uploads/2018/06/pass-2530813_1920-150x100.jpg2018-06-18T07:39:25+02:00Valentina BoticaNews - ArchivedBrno,Czech Republic,Expats Czechia,NewsThe city of Brno is an energetic and welcoming place, offering a wide range of career opportunities for people of diverse cultures and backgrounds. A continuous influx of people not only from the rest of the Czech Republic, but also from Europe and the rest of the world, makes...Valentina BoticaValentina Boticavalentina.botica1801@gmail.comAuthorHello Brno, I'm Valentina from the windy side of Croatia, a journalist, belly dancer, and a fighter against patriarchy.Brno Daily