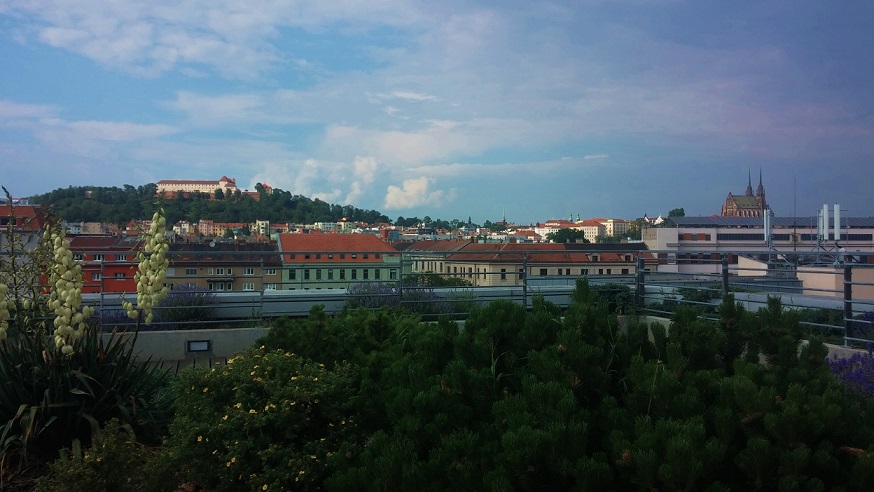 The twelfth edition of the Global Peace Index (GPI) by the Institute for Economics and Peace (IEP) ranked 163 countries and territories according to level of peacefulness. The Czech Republic is ranked as one of the safest places on Earth, according to the report. Photo: @BrnoDaily

Czech Republic, Jun 11 (BD) – The Czech Republic has held its place as one of the safest and most peaceful countries in the world, ranking seventh on a list of countries with the highest levels of peace.

According to the report published on June 6, 2018, global peace levels have experienced a deterioration due to conflicts and crises that have broken out over the past decade and have yet to be resolved. The unresolved conflicts are causing further deterioration in global peace levels year by year. In particular, the tensions and conflicts in the Middle East are causing a considerable fall in the global level of peace, which is also affecting the neighbouring continent of Europe.

However, in these days of conflict and turmoil, the Czech Republic remains one of the most peaceful countries in the world.

This was the fourth consecutive year to see a deterioration in the level of world peace. Last year, world peace as measured by the GPI deteriorated a further 0.27 percent. Ninety-two countries experienced a deterioration last year, according to a June 6 article on ReliefWeb, an information source on global humanitarian crises and disasters.

Despite the rising concerns over safety and the decrease in levels of peace globally, the Czech Republic remains one of the safest and most peaceful countries to live in.

Crime levels in the Czech Republic have been consistently decreasing year by year according to data from the Czech Statistical Office (ČSÚ) published in April 2018. A 38% decrease in total crime rates nationwide since 2013 was recorded last year.

Iceland has kept its position as the most peaceful country in the world, followed by New Zealand, Austria, Portugal and Denmark, which make up the top five. Following Canada, which holds sixth place, the Czech Republic is the country with the seventh highest level of peace and safety in the world today.

https://brnodaily.com/2018/06/11/breaking-news/czech-republic-remains-one-of-the-safest-countries-despite-deteriorating-global-peace/https://brnodaily.com/wp-content/uploads/2018/06/brno-panorama-ps.jpghttps://brnodaily.com/wp-content/uploads/2018/06/brno-panorama-ps-150x84.jpg2018-06-10T16:07:56+02:00Berk BüyükbalcıBusinessNews - ArchivedPoliticsBusiness,Crime,Czech Republic,Politics,Relocation to Brno,SecurityThe twelfth edition of the Global Peace Index (GPI) by the Institute for Economics and Peace (IEP) ranked 163 countries and territories according to level of peacefulness. The Czech Republic is ranked as one of the safest places on Earth, according to the report. Photo: @BrnoDailyCzech Republic, Jun 11 (BD)...Berk BüyükbalcıBerk Büyükbalcıberk_buyukbalci@hotmail.comAuthorAhoj Brno, this is Berk from İstanbul, a light traveller of short distances and journalist who is possessed with curiosity about new places and cultures.Brno Daily