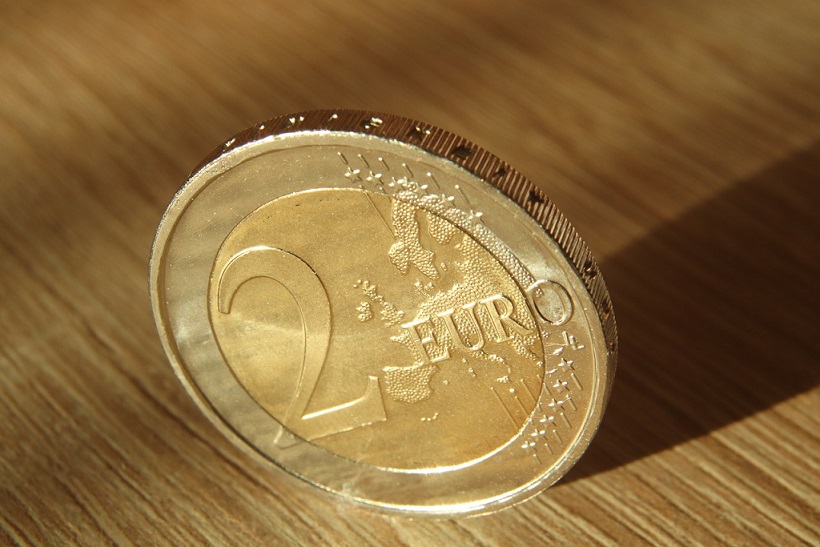 Nineteen of the 28 EU member states currently use the euro as their only legal tender. Photo: Betexion // Pixabay

Czech Republic, May 28 (BD) – A report released by the European Commission (EC) on Wednesday states that a lack of price stability and exchange rate stability means that the Czech Republic is not yet ready to join the euro area.

The EC’s ‘Convergence Reports’ are released at least every two years and evaluate whether the seven nations committed to adopting the euro as their currency – Bulgaria, the Czech Republic, Croatia, Hungary, Poland, Romania and Sweden – have met the criteria necessary to safely adopt the euro.

Two EU member states, the UK and Denmark, are not committed to adopting the euro, having previously negotiated agreements to opt-out of euro area, or ‘eurozone’, membership.

According to the EC’s website, in addition to a legislative requirement which demands that national central banks operate in a manner compatible with the European Central Bank, EU member states must also satisfy four criteria: “price stability, sound public finances, exchange rate stability and convergence in long-term interest rates”.

The Czech Republic, however, has not completely met the legislative requirement, nor has it satisfied the criteria of price stability and exchange rate stability, according to an EC press release.

The EC press release states that with regards to price stability, the “average inflation over one year before the examination [must] not [be] more than 1.5 percentage points above the rate of the three best-performing EU countries”.

The Czech Republic’s inflation rate in the year up to April 2018, reported by the Czech Statistical Office to be 2.3%, exceeds this limit (1.9% according to the 2018 Convergence Report).

The issue of high inflation was cited as a potential obstacle in a December 2017 document produced jointly by the Czech National Bank (CNB) and the Ministry of Finance (MoF), but they noted that the reasons for the high inflation rate were positive – “robust growth of the Czech economy… very low unemployment and rapid wage growth” – and that the rate would likely fall within acceptable limits in the near future (2018-2020).

The CNB and MoF also noted that the Czech economy displays a number of characteristics that indicate an ability to adopt the euro and maintain stability, such as an open economy, an abundance of trade ties with the euro area, and “a high observed degree of alignment between the Czech and euro area business cycles.”

None of the seven countries evaluated in the Convergence Report demonstrated suitably stable local currencies, as they had been unable to participate “in the Exchange Rate Mechanism (ERM II) for two years without severe tensions”, reads the press release. (The Czech Republic has yet to join the ERM, according to the CNB-MoF document.)

In the most recent ‘Flash Eurobarometer 465’ report, published this month, 66% of Czechs surveyed said they were against adopting the euro.

This represents a slight warming to the idea (a year on year decrease of 4%), but the Czech people continue to have the most negative opinion of adopting the euro among the seven EU states that are committed to it.

https://brnodaily.com/2018/05/28/breaking-news/czech-republic-deemed-not-ready-to-adopt-euro-as-sole-currency/https://brnodaily.com/wp-content/uploads/2018/05/czech-republic-euro-convregence-eu-zone.jpghttps://brnodaily.com/wp-content/uploads/2018/05/czech-republic-euro-convregence-eu-zone-150x100.jpg2018-05-28T03:57:40+02:00Thomas DeutscherBusinessNews - ArchivedPoliticsBusiness,Czech Republic,EU,PoliticsNineteen of the 28 EU member states currently use the euro as their only legal tender. Photo: Betexion // PixabayCzech Republic, May 28 (BD) - A report released by the European Commission (EC) on Wednesday states that a lack of price stability and exchange rate stability means that the...Thomas DeutscherThomas Deutschertdeutscher9@gmail.comAuthorA man of many interests, I am particularly keen on experiencing other cultures. Let me tweet Brno to you! @ThomasDeutsche1Brno Daily