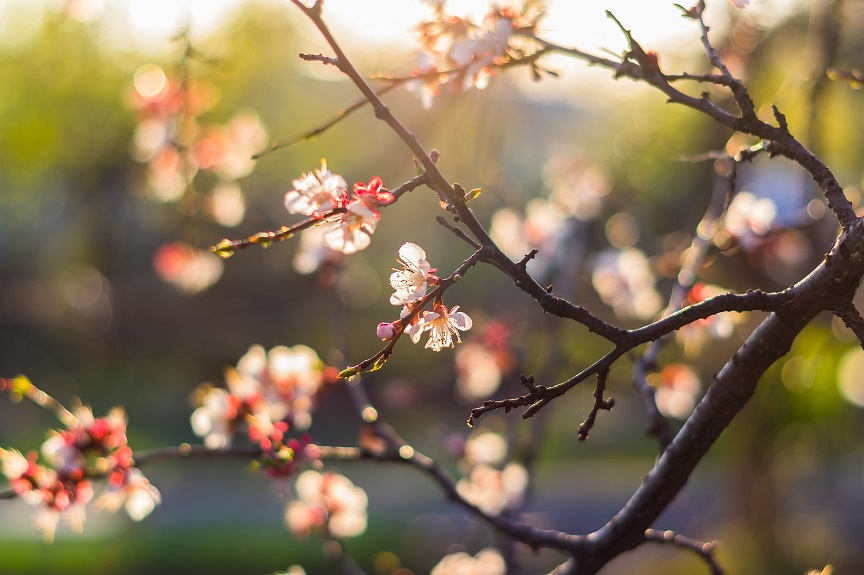 The beginning of May is a great time in the Czech Republic, not least because of the beautiful spring weather. Photo: Pixabay

Brno, Apr 29 (BD) – Specifically, it is great for the calendar. This year there will be public holidays on the next two consecutive Tuesdays. May 1 is known as Labor Day. May 8 is Victory Day. Expect stores to be closed on both days.

Workers who can, will probably take off the preceding Mondays (April 30 and May 7) to enjoy back-to-back four-day weekends.

The festivities actually start on the night before May 1 when there will be many bonfires around the region — and within the City of Brno — to celebrate Pálení čarodějnic or, in English, “Burning Witches.”
People used to ceremonially jump over the fire and, in some places, they used to burn an effigy of a witch. Presumably, they used to even burn witches.

Now, it is basically just a huge bonfire to burn stuff. And drink beer.

There are several customs and traditions on the First of May. First and foremost, it is in the calendar as Labor Day and the working man is celebrated.

This was the day that the Communists, who controlled this country until not long ago, would require all of the main companies in the city to meet at Lužánky Park and march down Lidická Street past a viewing stand on Moravské náměstí, then known as Red Square. If you were not in attendance, your foreman or boss would know it and your allegiance to the country would be questioned.

There is a famous poem named Máj (May) by Karel Hynek Mácha. It is one of the mainstays of the cannon of Czech literature and a possible question on every graduation exam for which every (hopefully) graduating student is preparing.

Partly as a result of the poem, the First of May is also said to be the Day of Love. Get your beloved under a blooming cherry tree and kiss them. It’s good luck.

If you are inclined to be over the top with your devotion to the episodic close-to-half-century-old science fiction epic known as Star Wars, then you don’t need anyone to tell you why May 4 is important. May the Force be with you.

For the rest of you: May the Fourth be with you.

The day that Europe celebrates the end of World War II is May 8. It commemorates the day that the Nazis surrendered to the Allied Forces: May 8, 1945 at 23:01 p.m.

Given the time zone calculation, the Russians celebrate on May 9 and, given the Communist past, Czechoslovakia briefly celebrated this event on May 9 as well. But, since emergence of the Czech Republic, May 8 is the local date for reflection and no work.

The president usually presides over a ceremony. There are some events in cemeteries and Czech television shows programs that fit into the overall theme of the day.

Basically, it is the final day off before returning to work without a government-sanctioned holiday until early July.

https://brnodaily.com/2018/04/29/breaking-news/enjoy-your-coming-long-weekends/https://brnodaily.com/wp-content/uploads/2018/04/tree-3352687_1920.jpghttps://brnodaily.com/wp-content/uploads/2018/04/tree-3352687_1920-150x100.jpg2018-04-29T04:29:23+02:00Bruno ZalubilNews - ArchivedBrno,Culture,Holiday,Things To Do in BrnoThe beginning of May is a great time in the Czech Republic, not least because of the beautiful spring weather. Photo: PixabayBrno, Apr 29 (BD) – Specifically, it is great for the calendar. This year there will be public holidays on the next two consecutive Tuesdays. May 1 is...Bruno ZalubilBruno Zalubilbzalubil@hotmail.comAuthorA connoisseur of the unpredictable and unscripted drama of sports.Brno Daily

Brno, Culture, Holiday, Things To Do in Brno