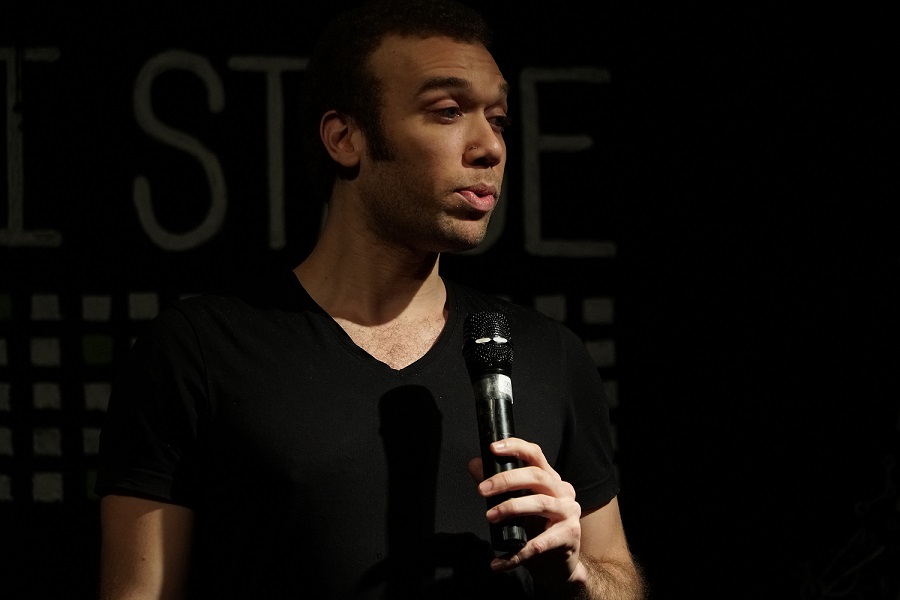 Reginald Bärris will headline this week’s edition of Velvet Comedy, presided over by Kristýna Haklová. Photography by DTNT

The right to free speech will be exercised in the name of comedy this Wednesday at Naproti Absinthe Bar when Velvet Comedy returns to Brno for its sixth show of 2018.

Reginald Bärris, an American comedian currently based in Vienna, will make you think about life, love, sex, politics, partying, and everything in between – and then he’ll make you talk about it.

“I think my humor blends cynicism and silliness with my personal perspective on patriotism, race, my own life, and the world at large,” Bärris told Brno Daily. 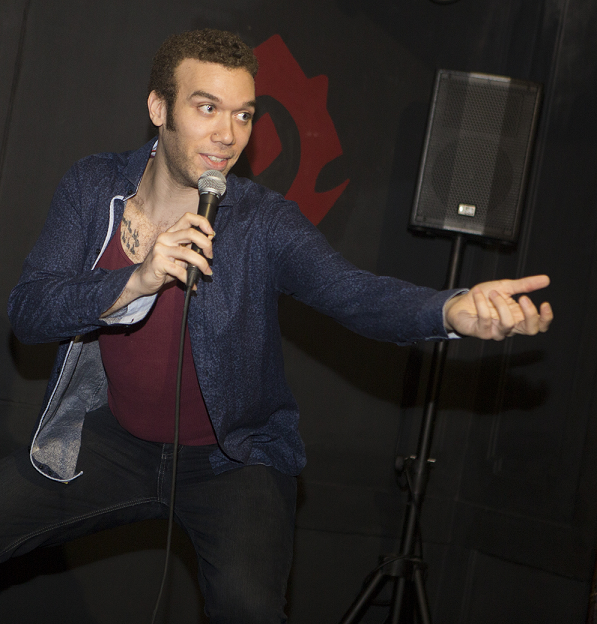 Those who step into Naproti Absinthe Bar on April 4 will discover that Bärris enjoys interacting with his audiences. Photography by Julli Tibenska

You can also expect to be a part of the show yourself, as Bärris likes to engage in playful banter with those who have come to be entertained.

Bärris does not shy away from challenging his audiences either, exploring the boundaries of political correctness and testing the limits of what we are and are not comfortable talking about.

Being of mixed race himself, Bärris views things from a unique perspective and offers some valuable insights into how we talk about the more sensitive issues facing us today.

But far from being preachy, Bärris first and foremost keeps things light-hearted, poking fun at the behaviour of people’s (including his own) day-to-day (and late-night) lives.

Doors open at 7pm, with the performers taking the stage beginning at 8pm. Tickets are CZK 200 and can be bought beforehand on GoOut, the link to which is accessible through this event’s Facebook page. (Check the ‘Details’ section.)

If any tickets remain on the night of the show, they will be made available at the doors of Naproti Absinthe Bar.

“Raised in Miami Medellin and New Jersey, there is no role she cannot play, and her comedy reflects this extravagant mix in her Latina-tude, Catholic guilt and American dreaming.” (Source: Velvet Comedy Facebook event page.)

Tickets are already available on GoOut, a link to which will be made available through this event’s Facebook page (see under ‘Details’).

« Anyone for racquet sports?
Renovation of Dominikánské náměstí about to start »