The religious setting of the Czech Republic 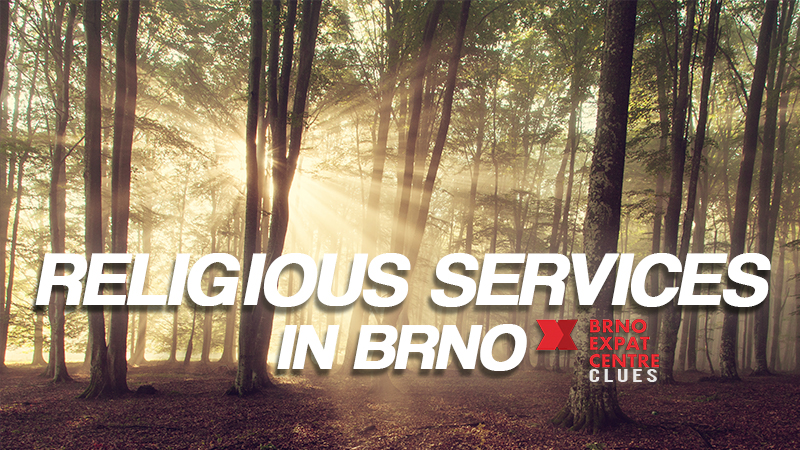 Palm Sunday is this weekend, so this week Brno Expat Centre (BEC) is publishing their updated infosheet on Christianity in the Czech Republic as well as religious services for both Christian and other major religions.

The Czech Republic is frequently described as one of the most atheistic countries in Europe. However, the unwillingness of Czechs to answer census questions about religious denomination may result in an underestimate of the number of religious Czechs. While it is true that the Czech Republic is relatively irreligious, religion has played an integral role in its history.

For example, St. Cyril and St. Methodius created an alphabet which allowed the language of the Slavic people to be written down for the first time. Jan Hus, who inspired what is known as the Bohemian Reformation, was also responsible for the introduction of diacritics into Czech spelling.

The crushing of the Bohemian Reformation movement in 1620 under the Habsburgs led to the international diffusion of the works of the last Bishop of the Unity of Brethren (Bohemian Brethren), Jan Amos Comenius, an educational reformer whose methods were far ahead of their time.

After World War Two, the Church and its followers experienced a very hard period under the Communist regime. The Church itself suffered oppression, and individuals were subjected to judicial and less institutionalized murder, imprisonment and torture, and to severe and systematic discrimination.

In 2012, more than twenty years after the Velvet Revolution, the oppressed churches were granted final restitution of assets, or financial compensation for what could no longer be returned.

Czechs and their attitude to faith / religion / church

Today, the average Czech often complains that churches are not very welcoming to newcomers. One reason for this is past communist oppression, which resulted in church congregations suspecting outsiders of being informers.

The second reason is the attitude that those who decide to come to church should already ‘know what to do’. Yet there is now an almost completely un-churched generation who cannot be expected to ‘know what we do in church’.

This negative perception is frequently reinforced by the local media, which emphasize the very stereotypes that people dislike at the expense of reporting on beneficial church activities or churches that are welcoming and growing.

Nevertheless, religious freedom and free expression of faith are now not only guaranteed by law, but also generally respected as a personal (albeit private) right, i.e. Czechs do not mind if someone is a believer as long as their faith is not forced on others around them…

The full text, as well as a list of religious services in a number of different languages and religions, is available in BEC’s Religious Services infosheet. Login is required but membership is free.

https://brnodaily.com/2018/03/22/relocation-to-brno/the-religious-setting-of-the-czech-republic/https://brnodaily.com/wp-content/uploads/2018/03/religion.jpghttps://brnodaily.com/wp-content/uploads/2018/03/religion-150x84.jpg2018-03-22T12:51:16+01:00BECArt & CultureBrno Urban GuideRelocation to BrnoBreaking News,Brno,Brno Urban Guide,Culture,Czech Republic,Expats Czechia,Relocation to BrnoAdapted from an article written for Brno Expat Centre by Ricky Yates. Title image: Casadei Graphics Palm Sunday is this weekend, so this week Brno Expat Centre (BEC) is publishing their updated infosheet on Christianity in the Czech Republic as well as religious services for both Christian and other major...BECBrno Expat Centre lungova@brnoexpatcentre.euAuthorThe Brno Expat Centre provides skilled foreign professionals and their families who live and work in Brno or plan to do so with free consultation and assistance.Brno Daily

The Brno Expat Centre provides skilled foreign professionals and their families who live and work in Brno or plan to do so with free consultation and assistance.
View all posts by BEC →