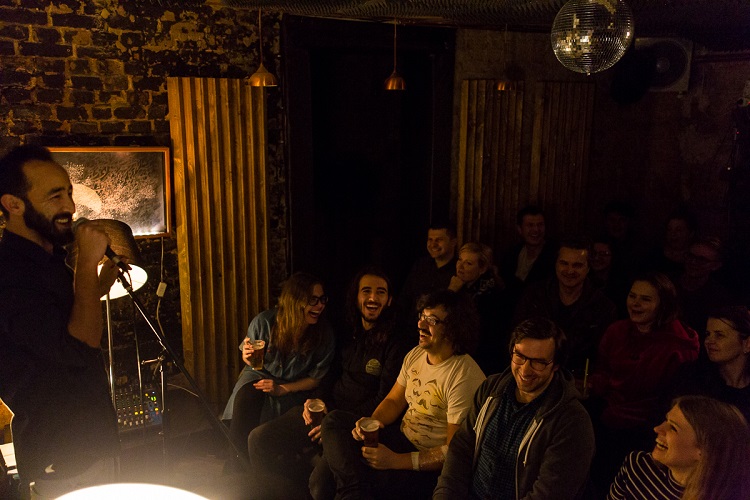 Raised in Syria, South Africa, and Pakistan, the Berlin-based comedian has been enjoying a lot of success recently, both in Germany and internationally at venues in Scotland, Canada, Finland, South Africa and Zambia, as well as writing, acting and co-producing for Tele 5’s sketch comedy show Metabohéme. 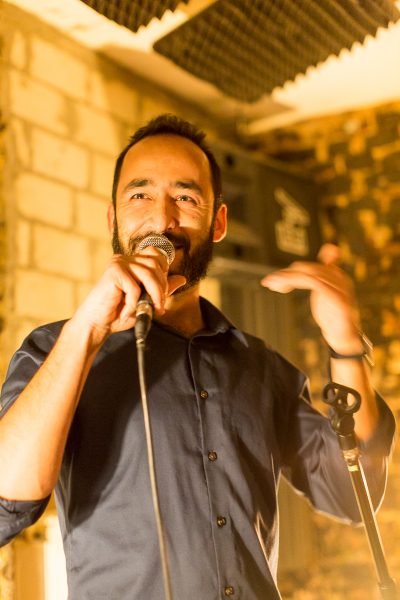 Arsalan, who has spent a number of years in Syria, unveiled his circumcision-based Middle East peace plan at Goliath Comedy Club in Johannesburg in 2016. Photo: Nadja Wohlleben

But Arsalan’s repertoire is not limited to sketch comedy, as evidenced by his 2016 appearance at Goliath Comedy Club in Johannesburg; Arsalan uses a blend of observational, anecdotal and light-hearted insult comedy, interspersed with one-liners, to keep his audience thoroughly engaged throughout his routines.

When asked by Brno Daily about the relatively stoic nature of Brno audiences, the ever-cheerful Arsalan remained unphased.

“I’ve spent most of my comedy career making Germans laugh,” he said. “The rest of the world should be a piece of cake.” 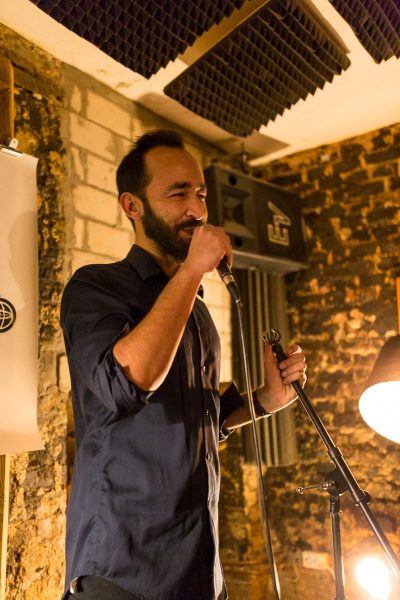 Arsalan employs a variety of comedic styles to get his audiences involved in the show. Nadja Wohlleben

More information on Toby Arsalan and Wednesday’s show can be found on Velvet Comedy’s Facebook page for this event.

Tickets are available for purchase ahead of time on GoOut, with any remaining tickets being available at the door at Naproti Absinthe Bar, which will open its doors an hour ahead of the 8pm show.

“A contrarian at heart, Bärris dares to find humor where others shy away as he offers his unique perspective on race, patriotism, love, and the world at large.” (Source: Velvet Comedy Facebook event page.)

Tickets will soon be available on GoOut and through this event’s Facebook page. 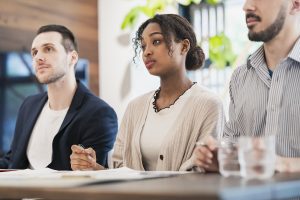 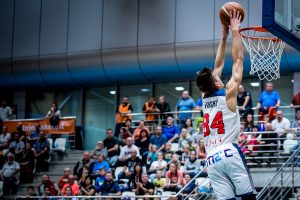 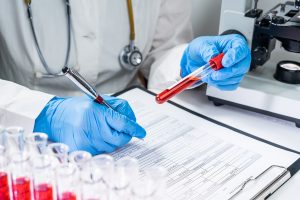 A man of many interests, I am particularly keen on experiencing other cultures. Let me tweet Brno to you! @ThomasDeutsche1
View all posts by Thomas Deutscher →
« Strong winds in South Moravia
Adopt a piece of greenery in Brno-střed »