No, that’s not a misprint. Bluegrass in the Czech Republic has a history that spans five decades, and there are a number of dedicated bluegrass musicians in Brno who attend bluegrass jam sessions in the area.

Benefit, a tight knit collection of some of these bluegrass specialists, will play the first of their biannual performances at Ponova’s live music hub Stará Pekárna on Saturday, March 24. (You can sample some of their music on their YouTube channel, or on Bandzone.)

The band, founded by brothers Marek and Lukáš Podsedník and former bass player Vlado Kosiba, recently celebrated their 15th anniversary and will continue their busy ways in 2018, as they also plan to perform at the 46th edition of the country’s largest bluegrass festival, Banjo Jamboree, this summer.

Thought to originate from British and Irish folk music brought to the US by settlers in the 18th century, bluegrass also incorporates elements of country-western music and has an African-American influence through the blues and jazz as well (source: Wikipedia).

In a recent interview with Brno Daily, Benefit mandolinist Lukáš Podsedník and fiddler Matyáš Černý discussed their band and the bluegrass music scene in the Czech Republic.

While Brno’s interest in international music may be a newer trend, Podsedník credits Marko Čermak and the Greenhorns, among others, for popularising bluegrass music in the Czech Republic back in the 1960s.

“I think they wanted to play bluegrass in its original form, even in English,” said Podsedník, “but that was not permitted so they made Czech lyrics for the songs, and people usually didn’t know that some of the songs had origins in the US.” 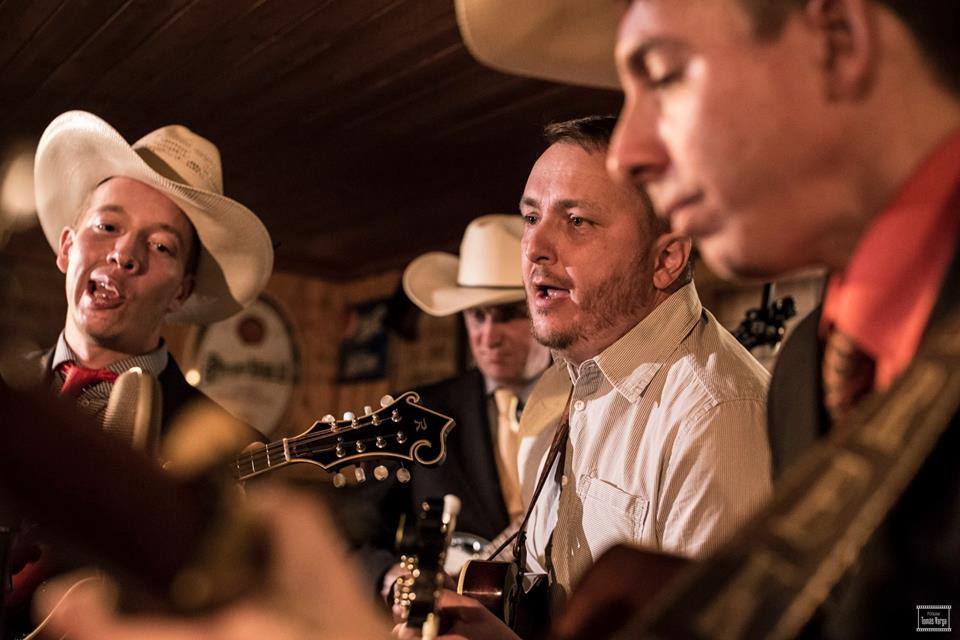 Despite the suppression of all things Western following the 1968 Soviet intervention, bluegrass was thus able to gain a foothold in Czech culture and enjoy a popularity that continues today.

“The music itself came to the Czech Republic in the 60s, but I think there was some kind of resurrection of this music in the 90s, because everything was permitted,” he added, referring to the post-Velvet Revolution years.

And while it may not be as popular as hard rock and other modern genres of music, Brno does have a healthy subculture of bluegrass that has been passed down through the generations.

“I started to play [bluegrass] because of my father, because when I was really little, it was normal for him to play at home, as he was playing in some bands,” said fiddler Matyáš Černý.

At just 18 years of age, Černý is by far the youngest member of the group, but he has already been with Benefit for almost three years now.

“As soon as I started to talk, I was talking about the violin,” he explained. “I started to play the fiddle when I was four.”

Eighteen is a number of significance for Podsedník as well, as this is the age at which he founded the band with his older brother Marek, who plays guitar and is the main vocalist, leading on most songs.

The five-piece group also includes five-string banjo player Libor Babák, who has been with the band since its third year of existence, and electric bass guitarist Mirek Svoboda, who joined in 2014. 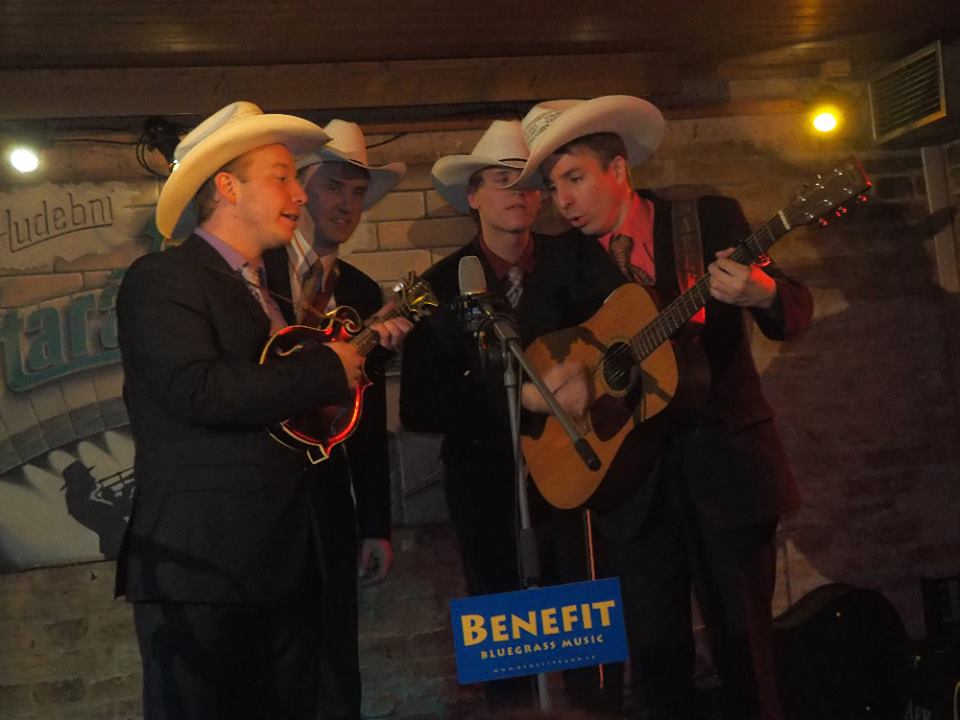 Benefit has performed at a number of bluegrass festivals such as Banjo Jamboree, Bluegrass Večer, Horná Poruba and the Norwegian Risor Bluegrass Festival. Photography by  Pavel D´Ambros.

While all the members are from the Brno area, they prefer to sing their songs (covers of artists such as Bill Monroe and Flatt & Scruggs) in their original English, so English speaking audience members should feel especially catered to. But there is a more important reason for doing so.

“[Translating the lyrics into Czech] sometimes changes the meaning of the song,” Podsedník explained. “The Czech language is not as compatible with bluegrass music, in our opinion, and that’s why we play traditional bluegrass in English.”

Even for fans who have taken in some of their previous shows, there is a lot to be excited about, including special guest musician Pavel Šatný on the dobro (a Slovakian-American invention) and some new content.

“We have one new gospel song, and also one new song by Jimmy Martin,” said Podsedník.

As mentioned on their Facebook page, the show will begin at 8pm on March 24. You can reserve your tickets on Stará Pekárna’s website and then pay the CZK 90 admission fee at the door by 7:30pm.

https://brnodaily.com/2018/03/10/events-in-brno/24-3-authentic-bluegrass-band-to-play-stara-pekarna-in-brno/https://brnodaily.com/wp-content/uploads/2018/03/in-a-barn-Matyíí-îern¢.jpghttps://brnodaily.com/wp-content/uploads/2018/03/in-a-barn-Matyíí-îern¢-150x150.jpg2018-03-10T09:15:24+01:00Thomas DeutscherArt & CultureEating Out / NightlifeEvents in BrnoLifestyleBrno,Brno Urban Guide,Culture,Eating Out / Night Life,Events in Brno,Expats Czechia,MusicBenefit play two shows a year at Stará Pekárna (The Old Bakery). Photography by Matyáš Černý Old-time American roots music in Brno? No, that’s not a misprint. Bluegrass in the Czech Republic has a history that spans five decades, and there are a number of dedicated bluegrass musicians in Brno who...Thomas DeutscherThomas Deutschertdeutscher9@gmail.comAuthorA man of many interests, I am particularly keen on experiencing other cultures. Let me tweet Brno to you! @ThomasDeutsche1Brno Daily 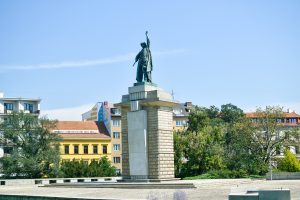 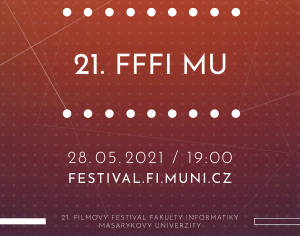 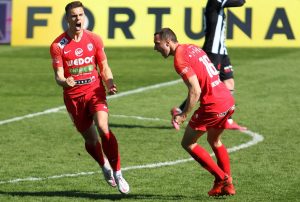 A man of many interests, I am particularly keen on experiencing other cultures. Let me tweet Brno to you! @ThomasDeutsche1
View all posts by Thomas Deutscher →
« DUO SMILE Developments in Dentistry: Talented twin dentists serving Brno’s English speaking community
Last Dornych tram of 2018 to run on Sunday evening »