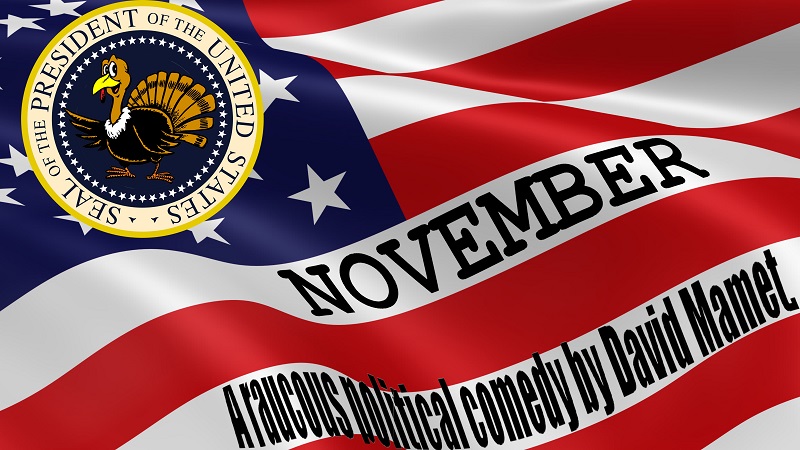 Brno, Mar 5 (BD) – Brno English Speaking Theatre (BEST Divadlo), Brno’s newest theatre company, will premiere their first ever production on Sunday March 11, the first of six shows to be staged at Kabinet múz in the centre of town.

In an exclusive interview with Brno Daily, Terruso explained that the BEST project was spurred not only by a demand on the part of English speaking theatre buffs, but also by Czech players wanting to hone their craft in the English language.

“While Jan [Kopkáš of Brno Expat Centre] seemed to think that the expat community was really eager for an English speaking theatre in town, it seems as though performing artists in town are also interested in it,” Terruso explained.

The resulting theatre company will be staging a number of plays in Brno in the years to come, with a focus on Anglo-American post-World War Two plays, as well as some English translations of Czech playwrights as well.

The company will be performing David Mamet’s November, which was originally staged on Broadway in 2008.
“You really could make an argument, at this point, that Mamet is the greatest living American playwright,” Terruso said of BEST’s choice for their first show.

A comedy about an extremely unpopular American president who resorts to extorting money out of the Turkey Producers’ Association while himself being coerced into presiding over his speechwriter’s same-sex marriage, the play seems to have a prophetic element about it as well.

“We just thought, for our first show, this was perfect. A play about a bad American president!” said Terruso. “Everybody hates him. He’s so despised, they won’t even give him money for his re-election campaign!”

He also thought that a comedy would be a good way to break the ice with the theatregoers of Brno.

“We absolutely wanted to do a crowd-pleaser, and therefore a comedy,” he explained. “I just think that’s an important, sort of, contract to have with your audience, to let them know that they’re not always going to be leaving the theatre perspiring, you know?”

It is a philosophy that should attract a lot of people to the show, something that Terruso has been doing for a long time.

Originally from Philadelphia, Terruso went on to work in the theatre in New York (both on and off-Broadway), Chicago, Los Angeles and London. Some of his many accomplishments include winning an Obie Award for co-producing a revival of Sam Shepard’s The Unseen Hand, as well as a Joseph Jefferson Award and an After Dark Award in Chicago for his work on Death Defying Acts and Charlotte Cushman, respectively.

Terruso is also a prominent figure in theatrical academia as well, having served as President of the American Academy of Dramatic Arts (both New York and Hollywood campuses) and as Director of the theatre conservatory at the University of the Arts in Philadelphia.

But it was a Fullbright Award that brought him to Brno in 2016 and, while teaching at Masaryk University and Janáček Academy of Music and Performing Arts (JAMU), Terruso has got into directing in local theatre as well.

After collaborating with the Orli Street Theatre and the Gypsywood Players, he founded BEST with the dual mission of entertaining English language audiences and providing a place for aspiring performance artists of all types to develop.

BEST regularly holds workshops for its members and hopes to hold workshops for the general public in the near future as well. (Those interested in getting involved in theatre are encouraged to join their Facebook group and request an application.)

But Terruso also hopes BEST will hold some educational value for theatregoers as well.

“If theatre can move people, it can also get people thinking. So, to me, theatre has an inherently educational value,” he said. “I just see that as being one of the big contributions that the theatre can make to the region and to the community.”

To reserve seats, send your name, the date you will be attending and the number of seats you are requesting to bestdivadlo@gmail.com. Please be at the theatre (7 PM) no later than 15 minutes before curtain time and pay 250 Kč at the door.

More information about BEST Divadlo’s inaugural event can be found on the Facebook event page.

Brno, Brno Urban Guide, Culture, Events in Brno, Things To Do in Brno 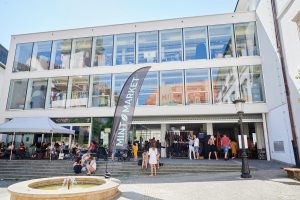 A man of many interests, I am particularly keen on experiencing other cultures. Let me tweet Brno to you! @ThomasDeutsche1
View all posts by Thomas Deutscher →
« Kometa club introduces its tram
Ice on Brno’s lake not safe yet »