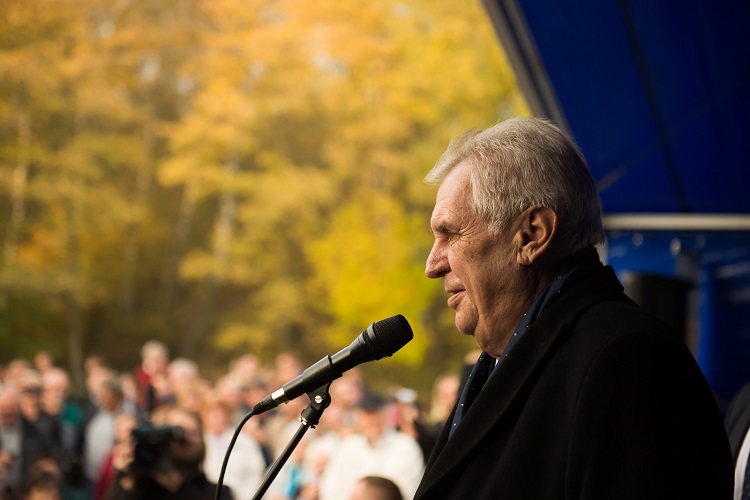 The total volume of bets on the presidential election rose to approximately 85 million crowns.

The first round of the election is scheduled for January 12-13. If none of the candidates wins a majority, the two most popular will meet in the second round two weeks later.

Those who believe Zeman will defend his post may wager at the odds of 1.6-1 today, while one month ago the odds were 1.8-1.

The position of former right-wing prime minister Mirek Topolanek, who seemed to be the third most promising candidate one month ago and still before Christmas, markedly worsened, with the odds moving from 8-1 to up to 16-1.

Entrepreneur Michal Horacek thus returned to the third position, with odds of 10-1 and 11-1.

Former diplomat Pavel Fischer has the biggest chance of winning of the remaining five candidates, with odds of 50-1.

The bets related to the presidential election accepted by the Fortuna, Tipsport and Chance betting companies have reached 77 million crowns so far. These three firms represent 92 percent of the Czech betting market in 2017, according to estimates. Other betting companies do not release the volume of bets they accepted, however, the total volume of bets on the election is estimated at 85 million crowns.

In the previous presidential election five years ago, the total volume of bets reached 50 million crowns.

Tipsport spokesman Jiri Hadrava said betters trusted Zeman the most and bets worth 12 million crowns have been accepted on his victory. People have wagered 3.6 million on Drahos’s triumph.

Fortuna has accepted bets worth 33 million crowns, 55 percent of which was wagered on Zeman’s re-election and one fourth on the victory of Drahos, its spokesman Petr Srain said.

Fortuna does not expect Zeman to be re-elected in the first round, accepting bets with odds of 8-1 on the possibility of the president to be elected next week already.

Chance has accepted bets worth 6.2 million crowns in total, with 43 percent of them being on Zeman’s re-election and 14 percent on Drahos becoming the next president.

The vast majority of people betting on the presidential election with the Sazka betting company wagered on Zeman’s victory, its spokesman Vaclav Friedmann said. Most betters expect Zeman and Drahos to meet in the second round, he said.

In the first round, the bookmakers expect Zeman to win 37 percent of the vote, Drahos 22 percent, Horacek 13 percent, Topolanek 10 percent and Fischer 9 percent.