Most V4 inhabitants critical of their countries’ development 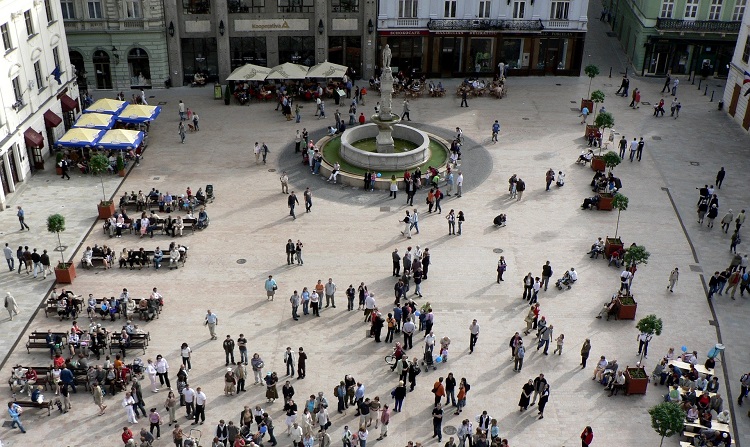 Bratislava, Dec 19 (CTK) – Most inhabitants of the Visegrad Four (V4) countries or the Czech Republic, Hungary, Poland and Slovakia are dissatisfied with the political and economic situation in their countries, shows a survey that the Slovak Institute for Public Issues presented today.

Poles assess the development in their country the best of all, followed by Czechs, Slovaks and Hungarians, the institute, which took part in the survey, said at a press conference.

“The survey has shown that the political mentality and the reality perception are very similar (in the V4 countries)… In all of these countries, a feeling of strong dissatisfaction with the course of the country prevails,” sociologist Zora Butorova said, commenting on results of the polls conducted in the V4 countries in the summer.

Their inhabitants express a deep mistrust of political parties, parliament and government.

Unlike the other three countries in the region, Czechs assess the European Commission (EC) and the European Parliament (EP) more negatively than the national government and parliament.

The opinion that politicians keep all power in their hands and that ordinary people are helpless is widespread in the V4 countries. At the same time about a half of their inhabitants are of the view that it is better not to be involved in politics at all.

According to the survey, Czech and Slovaks are less interested in politics than Hungarians and Poles. About two-thirds of people in the Czech Republic and Slovakia show interest in political events, while in Poland, it is more than three-quarters and in Hungary, up to 85 percent.

Most inhabitants of the V4 countries express support for aid to neighbours and friends and participation in neighbourly activities.

The Slovak part of the study shows that Slovaks consider the EU entry, the euro adoption and the opening of borders the most significant changes after the fall of communism in then Czechoslovakia in late 1989.

About one-third of the answers assessing the post-1989 changes were formulated in a negative sense, stressing the adverse impact of the economic transformation, unemployment, corruption and cronyism.

https://brnodaily.com/2017/12/19/breaking-news/most-v4-inhabitants-critical-of-their-countries-development/https://brnodaily.com/wp-content/uploads/2017/12/slovakia-967887_1920.jpghttps://brnodaily.com/wp-content/uploads/2017/12/slovakia-967887_1920-150x89.jpg2017-12-19T13:56:55+01:00PTVTeamNews - ArchivedPoliticsBreaking News,Czech Republic,Employment,Hungary,Justice,Poland,Politics,Slovakia,V4Bratislava, Dec 19 (CTK) - Most inhabitants of the Visegrad Four (V4) countries or the Czech Republic, Hungary, Poland and Slovakia are dissatisfied with the political and economic situation in their countries, shows a survey that the Slovak Institute for Public Issues presented today.Poles assess the development in their...PTVTeamPTV Teaminfo@ptvmedia.czUm_memberBrno Daily