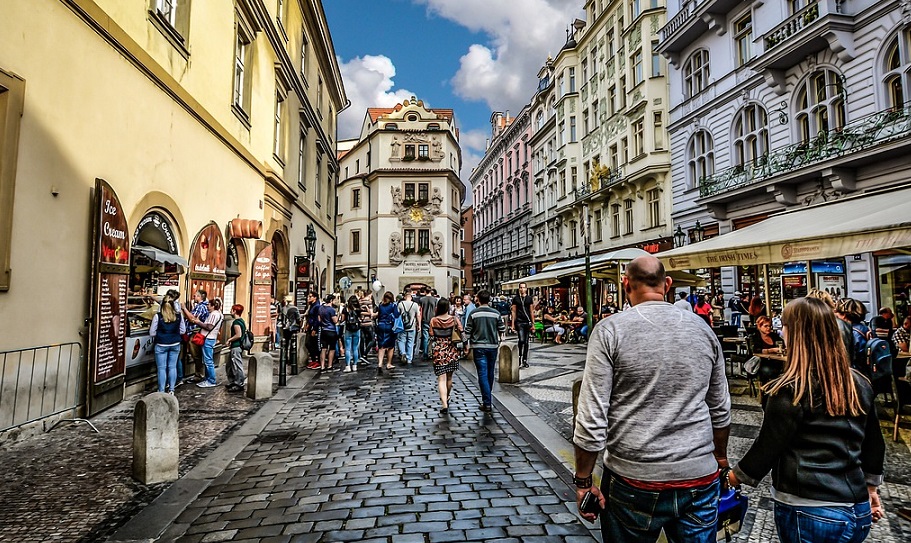 Prague, Dec 12 (CTK) – The population of the Czech Republic rose by 18,700 to 10,597,473 people in the first three quarters of 2017, mainly thanks to migration from Ukraine Slovakia, Romania and Bulgaria, according to the preliminary data that the Czech Statistical Office (CSU) released today.

The number of live births was higher that that of deaths.

From January until the end of September, 85,669 babies were born in the Czech Republic, which is 172 fewer than during the same period last year. Out of them, 48.9 percent were born out of wedlock.

Concerning the first born children, 58.6 percent were born out of wedlock, and 38.9 percent of the second born.

The highest number of babies were born by women aged 30.

The number of deaths rose by 3,811 to 83,374, while men slightly prevailed. The highest death toll was in January and February during a flu epidemic all over the country.

A half of the deceased were aged 78 and more years.

A total of 225 babies died before they turned one year, which is 12 fewer year-on-year.

Until the end of September, there were 45,596 weddings, which means a rise by 1,577. The highest number of marriages were concluded in July.

People got traditionally married on Saturday. Besides, many couples, 1,822 in total, chose Friday, 7/7 2017 as their wedding day. However, the highest number of weddings a day (2,043) were registered on Saturday 9/9 2017, statisticians said.

Bridegrooms were most often 30 and brides 27 years.

The number of divorces dropped by 300 to 18,927 in the first nine months of this year, compared to last year. Forty-three percent of them were based on the married couples’ joint proposal.

A marriage divorced this year lasted for 14.8 years on average. The parents’ divorce afflicted 17,600 children.

https://brnodaily.com/2017/12/12/breaking-news/population-of-czech-republic-rises-to-almost-10-6-million-stats/https://brnodaily.com/wp-content/uploads/2017/12/people-prague.jpghttps://brnodaily.com/wp-content/uploads/2017/12/people-prague-150x89.jpg2017-12-12T15:13:29+01:00PTVTeamBD MagazineNews - ArchivedPoliticsBreaking News,Czech Republic,Relocation to BrnoPrague, Dec 12 (CTK) - The population of the Czech Republic rose by 18,700 to 10,597,473 people in the first three quarters of 2017, mainly thanks to migration from Ukraine Slovakia, Romania and Bulgaria, according to the preliminary data that the Czech Statistical Office (CSU) released today.The number of...PTVTeamPTV Teaminfo@ptvmedia.czUm_memberBrno Daily