Brno, Nov 27 (BD) – There are not many events that attract thousands of people from many different countries to the Brno area every year. The Moto GP event in August does. Some trade fairs do. This weekend is another: More than a 1,000 people will descend upon the fields east of Brno to re-enact the Battle of Austerlitz on Saturday and thousands more will be there to watch.

It may seem odd to choose to stand in the early-December cold and watch grown men in uniforms play-act a battle that took place 212 years ago. Yet, in a very real way, you actually feel the history.

Napoleon Bonaparte led the French army against Tsar Alexander I and the Russians and Holy Roman Emperor Francis II and the Austrians.

With a little bit of suspended reality you can imagine what it must have been like to march in the Grande Armée of France; you can get a glimpse of what it must have been like to be one of thousands on the Allied side who were caught off guard by Napoleon’s slight-of-hand strategy; and, in most years, you can experience the misty fields, the freezing air and the muddy ground that was the actual stage for the battle.

There are many events throughout the weekend to commemorate that Battle of Austerlitz, starting on Friday and ending on Sunday.

The re-enactment will be held at 2 p.m. on Saturday at the base of Santon Hill near the village of Tvarozna. More than 1,000 uniformed participants will take part, including 60 horses and 15 cannons. Mark Schneider will portray the Napoleon. Entrance is free unless you want to sit in the tribune.

On Sunday at noon, there will be a more pious event at the Peace monument near Prace. The events are not intended to be a celebration of war; they are a commemoration of the common history of Europe.

Click here for more information about the overall program.

Napoleon chose the land where the Battle of Austerlitz was fought. He had a radical plan that worked perfectly. He acted as if his Grande Armée was tired and slowed by its long campaign during the War of the Third Coalition. The Russian and Austrian armies believed him and attacked. Napoleon was prepared, struck back and scattered the Russians and Austrians. The French rounded up thousands of prisoners.

Within weeks, the Treaty of Pressburg established a (short-lived) peace. Armies were back on the move within months, but the Battle of Austerlitz forever cemented Napoleon Bonaparte in the annals of warfare. 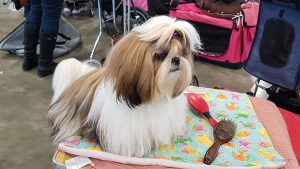 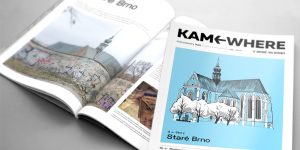