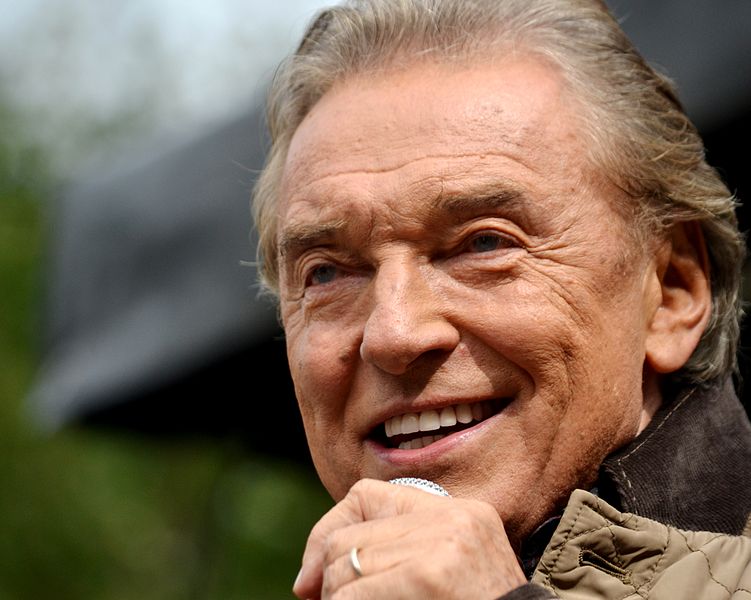 Karel Gott won the Nightingale title for the first time in 1963. Photo: By David Sedlecký (Own work) [CC BY-SA 4.0], via Wikimedia Commons

Prague, Nov 27 (CTK) – Legendary singer Karel Gott, 78, won the Czech Nightingale pop music title for the best male singer for the 42nd time in his career and he also presented a special prize for a significant personality to “dissident” singer Marta Kubisova at an award-giving ceremony last Friday.

Kubisova, signatory of the Charter 77 human rights manifesto who was persecuted under the communist regime, ended her music career this autumn at the age 75.

Friday’s event culminated with her song “Prayer for Marta,” which became a symbol of the national resistance after the Soviet-led occupation of Czechoslovakia in 1968.

The controversial Ortel music band, criticised for its xenophobic lyrics aimed against minorities, that has supporters among far-right extremists, was the second most popular band like two years ago. Its frontman Tomas Ortel became the third most popular singer in the men’s category of the 52nd Czech Nightingale poll this year.

The Nightingale prizes go to the pop music singers and bands who get the highest number of votes from the public.

Last year, Gott became the overall winner of the contest as well. This year, this award went to Lucie Bila who also won the best Czech female pop singer category for the 20th time, followed by Ewa Farna and Lucie Vondrackova.

Kabat became the best Czech band for the 12th time, while Chinaski fared third and Michal David was the second best singer.

Gott, who has kept at the top of domestic pop music for half a century and overcame cancer last year, won the Nightingale title for the first time in 1963. Former Czech president Vaclav Klaus decorated him with a state award for contribution to Czech culture in 2009.

Gott is popular not only at home but also abroad, mainly in Germany. He has two adult daughters by his former girlfriends. In January 2008, he married Ivana Machackova, 41, in Las Vegas. They have two daughters, born in 2006 and 2008.