Home » Eating Out / Nightlife » Events in Brno » You are reading » 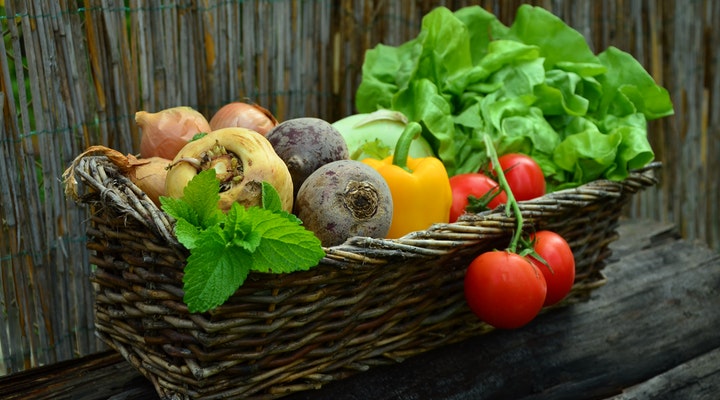 Have you ever made barbecue, but felt apprehensive about inviting your vegetarian friends over since the only vegetarian food option you can think of is a salad buffet? Fret not – in case you are not so well acquainted with vegan or vegetarian cuisine, you are one of the many people who haven’t yet discovered its extensive possibilities.

According to the Vegan Society website, there were three and a half times as many vegans in 2016 as there was 10 years earlier. People seem to be cutting back on their meat consumption more than ever, and adapting to either vegan or vegetarian lifestyles. Vegan society explains veganism as „a way of living which seeks to exclude, as far as is possible and practicable, all forms of exploitation of, and cruelty to, animals for food, clothing or any other purpose“. Vegan diets are more recent in their popularity, as compared to vegetarianism which seems to be a widespread lifestyle for a longer time.

A vegetarian is, by common definition, someone who does not eat any meat, poultry, game, fish, shellfish or by-products of animal slaughter. Both vegetarians and vegans exclude meat from their diets from health or environmental reasons, however vegans choose to also avoid all animal by-products (such as milk and eggs) in belief that they, as well, make an impact on health or contribute to forms of animal exploitation.

And this new term “raw food” which keeps popping up everywhere? Let’s clear it up as well. Raw diet generally refers to consummation of unprocessed foods that have not been heated above 46 degrees Celsius.

The motivation behind doing so is belief that food cooked above this temperature loses its enzymes, thus forfeiting a significant amount of its nutritional value. Cooked food is considered to be of less value to the body, whereas eating uncooked foods is a shortcut to proper nutrition.

So you might think, where does leaving out all these products leave us? Truth is – in a yummier place than you might have imagined!

Raw food is rich with unprocessed nuts, seeds, sprouts, herbs and spices, seaweeds, fruits and vegetables, all combined in exciting ways. Trying out vegetarian food is also a great way to diversify your culinary palette, as it often includes ingredients neglected in non-vegetarian kitchens – such as dairy alternatives (milk, cheeses and butter made from made from soy, rice, nuts, seeds, and plant starches), mock meats made from plant protein, a whole variety of lentils, tofu, seitan, spreads such as hummus…the possibilities go on and on, and are healthy as well as delicious!

Therefore, don’t miss the opportunity to visit Raw & vegan fest 2017, organized in Malá Amerika and hosted by FoodPark and Popupuli. The event starts at 17th of November and lasts for two days, during which all visitors will get to enjoy food prepared by Damodara, VitalVibe, Happyfood and Veg8cafe.

You will have the chance to dive in delicacies such as Pancakes with homemade pumpkin syrup, zucchini gluten-free brownies, mushroom cakes, tortillas stuffed with vegetable mixtures and black beans, vegan tiramisu and lemoncakes, as well as vegan and gluten-free koblížky!

In case this list gives you munchies, head over to the official Facebook event and find out more about this event.

https://brnodaily.com/2017/11/13/events-in-brno/17-1811-try-out-delicacies-of-raw-vegan-fest-in-brno/https://brnodaily.com/wp-content/uploads/2017/07/Opening_of_MyRaw_Bistro_Raw_and_Delicious.jpghttps://brnodaily.com/wp-content/uploads/2017/07/Opening_of_MyRaw_Bistro_Raw_and_Delicious-150x83.jpg2017-11-13T04:28:17+01:00BD StaffEating Out / NightlifeEvents in BrnoBreaking News,Brno,Brno Urban Guide,Eating Out / Night Life,Events in Brno,Things To Do in BrnoHave you ever made barbecue, but felt apprehensive about inviting your vegetarian friends over since the only vegetarian food option you can think of is a salad buffet? Fret not - in case you are not so well acquainted with vegan or vegetarian cuisine, you are one of the...BD StaffBD Staff team@brnodaily.czAdministratorBrno Daily - English News and Events in Brno.Brno Daily