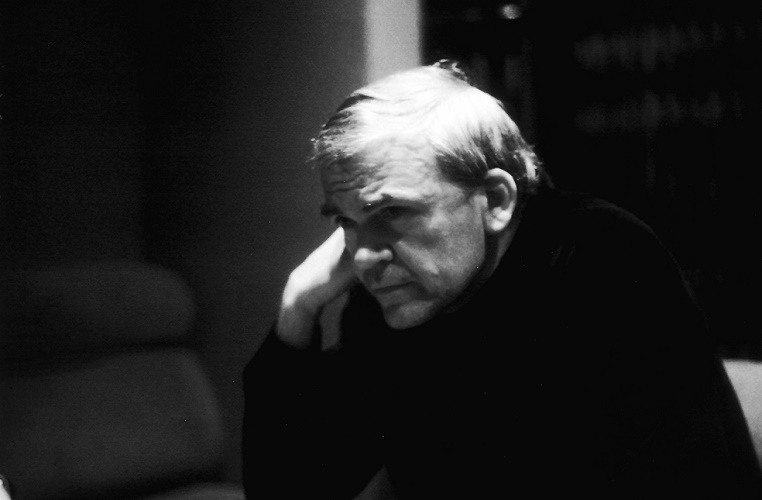 The Book of Laughter and Forgetting is the last book Kundera wrote in Czech. Photo: By Elisa Cabot (Flickr) [CC BY-SA 2.0], via Wikimedia Commons

Brno, Nov 1 (CTK) – A Czech version of The Book of Laughter and Forgetting, the world-famous author Milan Kundera’s novel from the late 1970s, has been issued in the Czech Republic for the first time, Jitka Uhdeova, from the Brno-based Atlantis publisher’s house focusing on Kundera’s work, told CTK today.

The Book of Laughter and Forgetting (Kniha smichu a zapomneni) is the last book Kundera wrote in Czech, his mother tongue and it was never issued in the country before, daily Hospodarske noviny (HN) notes.

It is also the last in a series of Kundera’s books published by Atlantis, the paper adds.

The novel’s first Czech-language version, issued by the Czech Sixty-Eight Publishers house in the Toronto exile in 1981, has been close to unavailable in the Czech Republic so far. Libraries in Brno, for example, have offered loans of an English version of the book only.

The Atlantis’s issue is its second Czech-language edition, authorised by Kundera.

Kundera previously described the novel as made of variations, with its sections following each other like sections along a path leading inside a theme, inside an idea and inside a situation whose comprehension is dwindling out behind the horizon.

Commenting on the book’s new Czech version, Kundera wrote that the book was strolling the world, dressed in other languages, and only now it is returning home thanks to a Czech publisher in the Czech territory. He added that he was sending the novel to the Czech Republic including a number of amendments, deletions and new ideas, HN writes.

The book tells a story of a Czech female emigrant who joined a utopian community of children surrounded by artificially created idyll without a memory, strongly reminiscent of a totalitarian regime.

After the book appeared, the communist Czechoslovakia stripped Kundera of Czechoslovak citizenship.

For several decades now, Kundera has written his books in French without nodding to them being translated into Czech. He shuns visiting his homeland and commenting on it.

Atlantis has been publishing Kundera’s Czech-language books based on its agreement with Kundera from 1989. Besides, it has issued Czech versions of Kundera’s essays, such as on Franz Kafka and Leos Janacek.