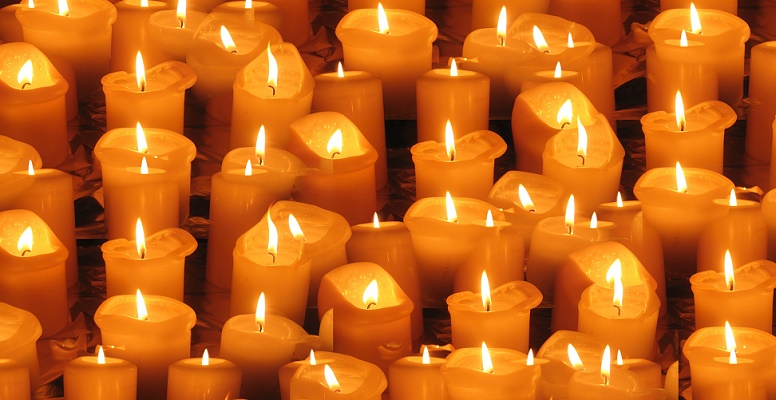 Halloween is slowly encroaching upon the Czech Republic as well. Photo: Pexels

Brno, Oct 29 (BD) – As an American, the autumn means cold weather, falling leaves, and, of course, Jack-o’-lanterns, black cats, and costumed children who, on Oct. 31, walk around the neighborhood after nightfall, knock on doors, and threaten homeowners with the implied threat of “Trick or Treat!”

Halloween is Tuesday night and pity the homeowner who neglects to have enough bite-sized candy at hand, lest the disappointed ghosts and goblins throw toilet paper in his trees.

Anyone who has watched an American television series is familiar with the holiday because every fall season has a Halloween episode full of stereotypes and cliches. But, really, the stereotypes and clichés are mostly correct: One year I went as a super hero; another year I was a lumberjack; and, one unfortunate Halloween, I wore a pumpkin costume that my mother made — apparently I looked cute (read: ridiculous). I just remember that I was warm and that I had a lot of room inside the gourd to store the candy.

Many English-speaking countries, like Ireland and the United Kingdom, also celebrate Halloween.

Halloween is slowly encroaching upon the Czech Republic as well. Every child who learns English in school — in other words, every child — has the requisite Halloween-themed lesson in English class. Pre-schools will have carved pumpkins and artwork in the windows.

Really, though, the actual celebration of the holiday here is more of an adult activity, with alcohol-fueled costume parties. Don’t be alarmed if a zombie or a Donald Trump or a zombie Donald Trump get on the tram with you this weekend or, especially, on Tuesday night.

* * * * *
Here, in the Czech Republic, there is a more serious holiday during this time of year. It is called All Soul’s Day. In Czech, it is called Památka zesnulých, which means “a remembrance of those who have passed”.
More commonly, Czechs call it dušičky, which means “little souls”. It will be celebrated on Thursday.

All Soul’s Day does not have costumes or parties; instead, it is a sober remembrance of relatives who have passed.

Cemeteries around the country — and especially Central Cemetery here in Brno — will be lit up with thousands of candles in a beautiful memorial. Many Czech families go together to clean off the plots of their deceased relatives. Leaves are swept off grave markers. Errant weeds are pulled. Gravestones are touched up. Flowers are arranged and candles are lit.

There is a long tradition for All Souls’ Day in Christianity. It is celebrated throughout Europe with different interpretations for the many different branches of Western theology. Some areas celebrate Holy Souls, others the Faithful Departed. Generally, though, it is said that this is when the dead are closest to the living world and that it is the best time to commune with your dearly departed.

* * * * *
Dušičky does not require a specific connection to a relative who has died. I, personally, like the idea of going to the cemetery and contemplating life and death. It is a good excuse to slow down, walk through a candle-lit evening, and think of mortality among the people who walked the streets of Brno a few years ago or a few decades ago.

It reminds you that there is more to existence than the daily battles of life. There is a huge world, an immense universe, a history that stretches beyond our imagination, and a future that will continue well beyond on comprehension.

Some might think that such expansive concepts are belittling; rather, they uplift me. Each candle that will be lit on each gravestone on Thursday night is a reminder of just how illuminated our place in this world is, even if it is for a flickering moment.