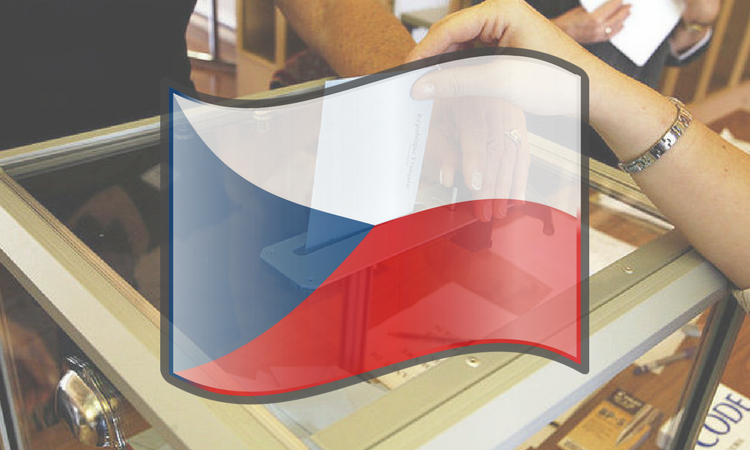 Prague, Oct 25 (CTK) – No one can form a cabinet without [ANO leader Andrej] Babis and no one wants to form it with Babis, Miroslav Korecky writes about the Czech post-election situation in Mlada fronta Dnes (MfD) today, adding that parties repeat the same mistake that gave a rise to monsters in the past.

Within the post-election “ritual,” parties assert what they rule out and what is unacceptable or unimaginable for them. They repeat “never,” “nothing” and “no one,” though it is clear that there must be “something and someone one day”, he writes.

It should be up to the election-winning ANO to form a cabinet, but ANO’s coalition potential is poor, for which ANO is partly to blame by having branded all other parties “thieves,” and partly the recent political and media hysteria around a possible governance of Babis is at fault, Korecky writes.

In Czechoslovakia in 1935, for example, the election-winning Sudeten German Party did not form a government, but this did not prevent its rise with all its consequences. In addition, the situation at the time differs from the current scene, though some have drawn a parallel between Babis’s victory and the occupation of the country by Hitler’s Germany, Korecky says.

In 2010, Jiri Paroubek’s Social Democrats (CSSD) won the elections but found no partner to rule with and the government was formed by Civic Democrat (ODS) Petr Necas, Korecky writes.

In Slovakia in 1998 and 2002, the victorious Vladimir Meciar was ousted by Mikulas Dzurinda. But all the above situations of the victorious leaders who were viewed as a threat differ from Babis: variants of forming a cabinet without them existed then.

It was a strategic mistake of Czech parties to vow before the elections that they would never ally with Babis. How long can they keep their negativist and alibi-seeking course free of any responsibility for the country’s future? Korecky asks.

Miroslav Kalousek has announced his departure as TOP 09 chairman, citing his effort not to be an obstacle to a smooth integration of right-wing parties, but do these parties want to ally with each other? Martin Zverina asks in Lidove noviny (LN).

A certain answer to the question may be the “idea” that Christian Democrat (KDU-CSL) chairman Pavel Belobradek tabled on Tuesday, when indicating that the KDU-CSL will “leave” Bohemia, where its popularity is meagre, to TOP 09 in next year’s Senate polls, if TOP 09 does the same for it in Moravia, the KDU-CSL’s stronghold, Zverina writes.

This style of thinking, however, can never help unite the rightist parties to form a mighty stream, he writes.

Kalousek is withdrawing but his return in a foreseeable future cannot be ruled out because TOP 09 does not have many talented rhetors like him. Let’s also see whether voters will miss Kalousek, Zverina adds.

Elsewhere in Lidove noviny (LN), Petr Kambersky writes about a scandal triggered by the fresh information about the relatively high price for which the state will buy the pig farm in Lety, south Bohemia, which stands on the site of a wartime Roma internment camp and which the state wants to pull down.

True, it is a scandal that the outgoing cabinet has released the price only now, in the wake of the general election. However, optimally, the pig farm should have been bought by a previous government 20 years ago, Kambersky writes.

One must appreciate the cabinet of Bohuslav Sobotka (Social Democrats, CSSD) for resolving the problem with which all 12 previous cabinets failed to cope. Though it cowardly withheld the price, it had enough courage to sign the deal before the elections, Kambersky writes.

Paradoxically, the project was brought to a successful conclusion by one of the most conservative politicians, Culture Minister Daniel Herman (Christian Democrats, KDU-CSL), and it was not blocked by Andrej Babis (ANO) in his capacity as finance minister, Kambersky writes.

https://brnodaily.com/2017/10/25/breaking-news/no-one-can-form-a-cabinet-without-ano-leader-andrej-babis-czech-press-survey/https://brnodaily.com/wp-content/uploads/2017/10/czech-elections-2017.pnghttps://brnodaily.com/wp-content/uploads/2017/10/czech-elections-2017-150x90.png2017-10-25T06:29:21+02:00PTVTeamNews - ArchivedPoliticsBreaking News,Czech Republic,PoliticsPrague, Oct 25 (CTK) - No one can form a cabinet without Babis and no one wants to form it with Babis, Miroslav Korecky writes about the Czech post-election situation in Mlada fronta Dnes (MfD) today, adding that parties repeat the same mistake that gave a rise to...PTVTeamPTV Teaminfo@ptvmedia.czUm_memberBrno Daily