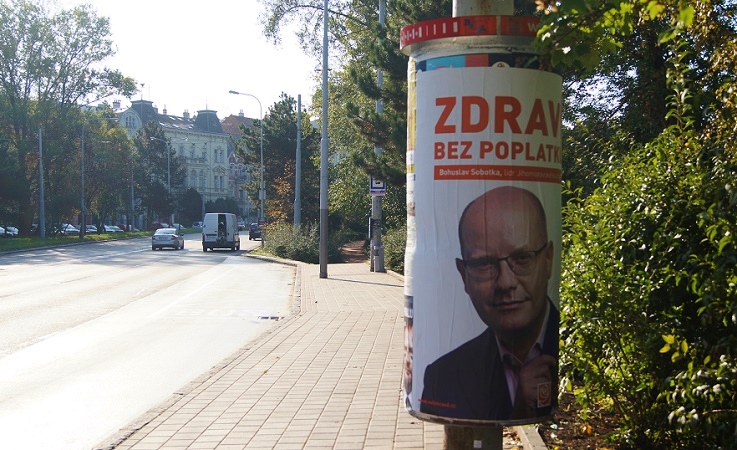 Prague, Oct 22 (CTK) – West European media write today about what they call a new era after the Czech October 20-21 general election that has changed the country’s long-lasting political setup.

The British daily The Guardian writes that the Czech Republic finds itself at the start of a populist new era now that the Czechs massively supported Andrej Babis and his ANO movement and rejected traditional parties.

According to The Daily Telegraph, the Czech election results keep to the regional trend of populist and far-right parties strengthening their position at the cost of left-wing and pro-European main streams.

This is an earthquake, a rebellion against the established parties and the mainstream, Financial Times wrote, citing German analyst from the German council for foreign relations think-tank.

Nic said he cannot remember any other Czech elections since the 1990s that would change the political scene so profoundly.

Another British daily, The Independent, said Czech traditional parties have received a heavy blow, since out of the five best-faring parties, four challenge the traditional political streams.

“Although Babis is a billionaire and is suspected of fraud involving EU subsidies, he gives a hope to those who consider themselves outcasts from the prosperous Czech society,” writes the French daily Le Monde.

The Independent writes that many Czechs consider Babis a trustworthy outsider who will shake the [unpopular] present system.

The Swiss daily Le Temps writes that though the Czech economy has fared well, there are financially disadvantaged groups in the country, including heavily indebted people and those who have to work hard to keep afloat, who make the traditional political elites accountable for their situation.

Le Parisien daily notes a relative big success Freedom and Direct Democracy (SPD), an anti-Islam and anti-immigration party of Tomio Okamura, which ended fourth with 10.6 percent of the vote, closely behind the second Civic Democrats (ODS, 11.3 percent) and the third Pirates (10.8).

“If the SPD succeeds in influencing the new government, the Czech Republic might lose its unofficial position of the ‘best of the bad boys in East Europe’ or in the Visegrad Four (V4) group that also consists of Hungary, Poland and Slovakia and that often has chilly relations with Brussels,” Le Parisien writes.

Despite its high gain, the SPD ended defeated by the newcomer Pirates.

Nic told Financial Times that he considers the Pirates’ rise an expression of the frustrated vote of young people who seem to have seen no other alternatives. The Pirates’ supporters are probably mainly young voters for whom Okamura was too much [radical], Nic said.

https://brnodaily.com/2017/10/22/breaking-news/western-press-refers-to-new-era-to-follow-czech-general-election/https://brnodaily.com/wp-content/uploads/2017/10/elections-czech-republic-2017.jpghttps://brnodaily.com/wp-content/uploads/2017/10/elections-czech-republic-2017-150x92.jpg2017-10-22T08:23:15+02:00PTVTeamNews - ArchivedPoliticsCzech Republic,EU,PoliticsPrague, Oct 22 (CTK) - West European media write today about what they call a new era after the Czech October 20-21 general election that has changed the country's long-lasting political setup.The British daily The Guardian writes that the Czech Republic finds itself at the start of a populist...PTVTeamPTV Teaminfo@ptvmedia.czUm_memberBrno Daily