Home » Relocation to Brno » You are reading »

How it is to be a Slovak expat in Brno 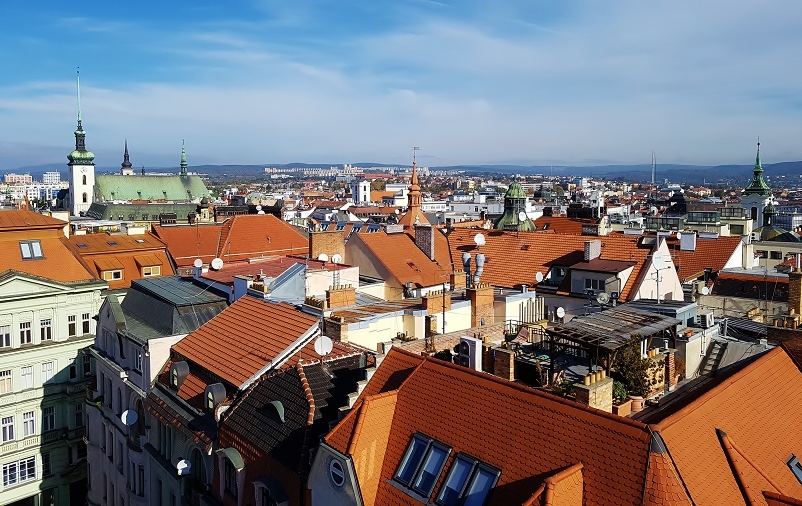 Have you heard this joke: “What is the biggest student city of Slovakia?” “Brno”.
Honestly, Brno welcomes thousands of Slovaks. I wouldn’t be exaggerating to say, Brno becomes the second home for many young Slovaks.

A Brazilian in Lužanky Park stopped by for a small talk. He heard me, a Slovak girl, and my Czech friend speaking and got confused. He has been learning Czech couple months so far to be able to buy “chléb” (bread) as he put it. Suddenly, he happened to listen to some Czech words wrapped up in different unfamiliar sounds.

Sorry, what language do you speak?
Slovak.
Is it the same as the Czech language?
No.
Then, how come you understand each other?

I wouldn’t be exaggerating if I say, Brno is the second home to thousands of Slovaks. There is not only great and wide beer offer, culture and art on every corner, sports facilities and calm and friendly atmosphere that lure Slovaks to Brno.

We study and live here for the same reasons people do Work&Travel in the US or join Erasmus. In Brno, we have our personal “Study&Work programme” with possibilities that broaden our horizon.

“We are convinced that students from Slovakia coming to study here, are the ones with high qualification and much higher motivation,” Mikuláš Bek, the rector of Masaryk University for DenníkN.sk (Slovak news portal) says. He refers to Brno as a natural student hub attracting Slovak students more than any other Czech city.

At certain faculties, such as Faculty of Informatics, almost 50% of students are Slovaks. Can you guess the nationality of one-third of students at Faculty of Medicine? Slovak, indeed.

There is also one special night in a semester for all Slovaks: Slovak Night! The biggest Brno clubs are packed with Slovak and Czech students dancing to Slovak music.

Fun fact: After 50 years, Kometa, Brno hockey team won in April 2017 championship and five of Kometa players were Slovaks, too.

Back to mutual (mis)understanding

Is it possible for a Slovak to work or study in a Czech environment without properly speaking the Czech language? I say – certainly yes.

As for studying, there is 2001 bilateral agreement between the Czech and Slovak Republic accepting both languages to be communicative ones in the academic surrounding.

Studying at Masaryk University, I am not obliged to write essays in Czech and during oral exams, I speak Slovak, too.

On the other hand, tests and official documents are written in Czech.

Yes, there are sometime difficulties but usually, it is a cute misunderstanding.

What about working language? The Brazilian IT professional told us, he comes across many Slovaks in IT but he heard them speaking only in English.

In many sectors, the trend of globalization and of global language, especially in terminology prevails. Each modern person speaks two languages during a day, usually unconsciously.

We, Slovaks working at a Czech-based company, speak a mixture of three languages. Except for working with Czech children or in public institutions, you speak as you are used to.

I personally speak Slovak mixed up with global language and with Czech words when they differ too much from the Slovak ones here in Brno.

Referring to dates by Czech months instead of the Slovak, one can help to understand each other: “leden, březen…” are “január, február…” in Slovak and January, February in English.

There are many words that differ too much, yet you get accustomed to them. Don´t worry, Czech distinguishable “ř” is a tongue twister for Slovaks, as well.

However, Slovaks are used to listen to the Czech language since many Slovak channels broadcast Czech-dubbed movies. It is however different the other way around.

Speak Czech and don’t steal our universities and jobs

To tell the truth, I think each and every foreigner comes across some scorning: “Learn Czech when you live and work in the Czech Republic!” Slovaks are no exception.

Some Czech students accuse us of stealing their vacant university places. Actually, we have to pass the same entrance examination which is written in Czech. It is no stealing, it is passing successfully.

I think, all foreigners, whether Slovaks or other just raise the bar in a healthy competition bringing new mindset alongside. As Brno broadens our horizon, we would like to pay back sometime.

https://brnodaily.com/2017/10/16/relocation-to-brno/how-it-is-to-be-a-slovak-expat-in-brno/https://brnodaily.com/wp-content/uploads/2017/10/Brno-city-view-from-old-townhall.jpghttps://brnodaily.com/wp-content/uploads/2017/10/Brno-city-view-from-old-townhall-150x95.jpg2017-10-16T09:35:17+02:00Zuzana PápayováRelocation to BrnoBrno,Brno Urban Guide,Expats Czechia,Relocation to BrnoSpeaking Slovak When Brno Speaks Czech Have you heard this joke: “What is the biggest student city of Slovakia?” “Brno”. Honestly, Brno welcomes thousands of Slovaks. I wouldn't be exaggerating to say, Brno becomes the second home for many young Slovaks.A Brazilian in Lužanky Park stopped by for a small talk....Zuzana PápayováZuzana Pápayovázuzanazetqapapayova@gmail.comEditorSlovak expat in Brno; a philosopher by night and rebel by fate who is too eager to understand it all, yet too understanding to loot the mysterious magic of the world.Brno Daily