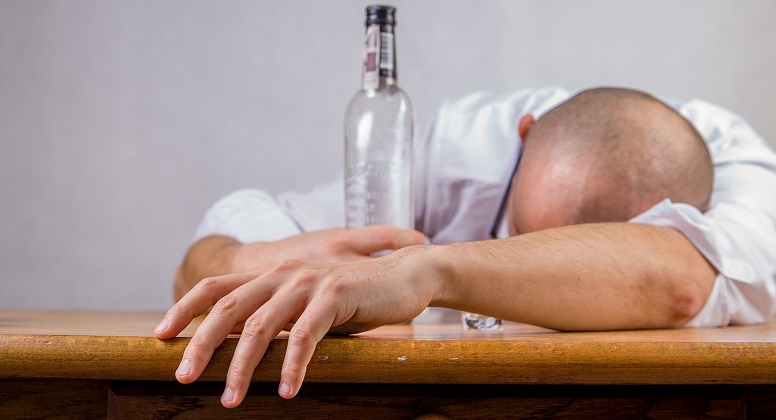 Prague, Sept 19 (CTK) – The consumption of alcohol and tobacco in the Czech Republic is still high, experts from the State Health Institute (SZU) said at a press conference yesterday, presenting results of the respective survey from last year.

It shows that 19.6 percent of inhabitants smoked daily and 13.8 percent drank alcohol at least every other day last year.

The number of smokers has slightly decreased in the past years, while the alcohol consumption remains unchanged.

Czech men drink ten litres of pure alcohol a year and women 3.7 litres on average, according to the poll.

Last year, some 35 percent of men and 23 percent of women were smokers.

The number of regular daily smokers has decreased in past four years, mainly among women, while the highest decrease was registered in the age group from 15 to 24 years. While in 2012, there were 45 percent of smokers in this group, last year it was under 35 percent.

Marie Nejedla, head of the SZU’s Centre of Public Health Support, said the number of people exposed to tobacco smoke at home had been decreasing.

“It is less than 9 percent of non-smokers, the highest share is in the group aged 15-24 years,” she said.

Almost 16 percent of non-smokers were exposed to tobacco smoke at work last year.

Ladislav Czemy, from the Centre, said 3.8 percent of people were lifelong teetotallers and 14 percent did not drink alcohol in the past year mostly for health reasons.

One-fifth of adult men and 5 percent of adult women consume excessive amounts of alcohol, that is more than three to four beers or 0.5 litre of wine according to experts, a week or more often.

Experts say 13 percent of the poll respondents are alcohol consumers with a high risk of health damage, while 7 percent are consumers addicted to alcohol.

“These people often smoke as well, and this is why the health consequences are more serious,” Czemy added.

The measures taken in the Czech Republic to lower damage caused by alcohol consumption are not very efficient, he said.

Deputy Health Minister Lenka Teska Arnostova pointed out that 18,000 people annually died of tobacco addiction consequences in the Czech Republic with a population of 10.5 million, while passive smoking killed another 1,500 to 3000.

“Addiction to tobacco shortens human life by 15 years on average,” she added.

The SZU has a national survey of alcohol and tobacco consumption done every other year. The 2016 survey was conducted on a sample of more than 1,800 respondents over 15.

https://brnodaily.com/2017/09/19/breaking-news/alcohol-tobacco-consumption-still-high-in-czechrep-experts/https://brnodaily.com/wp-content/uploads/2017/09/alcohol-consumption-in-the-czech-republic.jpghttps://brnodaily.com/wp-content/uploads/2017/09/alcohol-consumption-in-the-czech-republic-150x81.jpg2017-09-19T09:21:02+02:00PTVTeamBD MagazineEating Out / NightlifeNews - ArchivedBreaking News,Czech Republic,Health,Lifestyle and FashionPrague, Sept 19 (CTK) - The consumption of alcohol and tobacco in the Czech Republic is still high, experts from the State Health Institute (SZU) said at a press conference yesterday, presenting results of the respective survey from last year. It shows that 19.6 percent of inhabitants smoked daily and...PTVTeamPTV Teaminfo@ptvmedia.czUm_memberBrno Daily