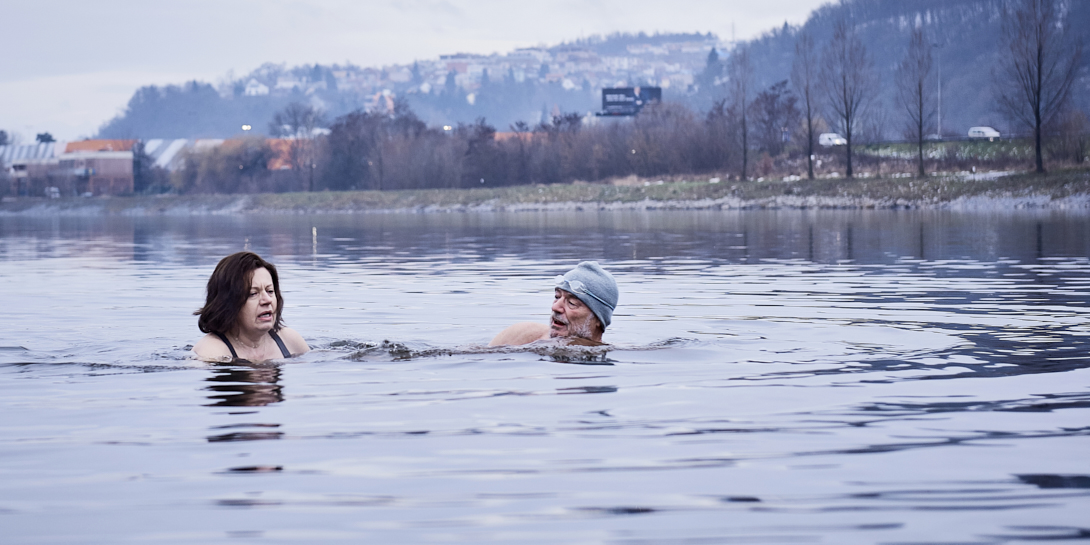 ‘Ice Mother’ in for the Oscar battle. Photo: Falcon a.s.

The CFTA members have selected it out of 13 feature films, documentary features and animated films.

Ice Mother has received the best script award in the category of foreign language films at the Tribeca film festival in New York.

The deadline for the selection of candidates for the Oscar nominations in the Best Foreign Language Film category runs out on October 2. The American Academy of Motion Picture Arts and Sciences will choose nine nominees, and later on five finalists, which it will have announced by January 23 of 2018. The winner will be declared at a festive ceremony in Los Angeles on March 4, 2018.

Ice Mother is a Czech-Slovak-French co-production. It deals with relationships between people of three generations in one family, where a habit of cold baths in the Vltava River plays a central role. Czech actor Pavel Novy and Slovak actress Zuzana Kronerova star in it.

The first person from Czechoslovakia to win the Oscar award was 12-year-old Ivan Jandl for his acting in The Search by Fred Zinnemann in 1949.

In 2008, Czech singer and pianist Marketa Irglova and Irish musician Glen Hansard won the award for the best film song for Falling Slowly from the Irish film Once.

The most successful Czech-born filmmaker Milos Forman won his first Oscar for his second film shot in the USA, One Flew Over the Cuckoo’s Nest (1975), and the other in 1984 for Amadeus. The latter received a total of eight Academy Awards two of which also went to Czechs – Theodor Pistek for costumes and Karel Cerny for set decoration.