Billboards To Be Removed From Czech Highways 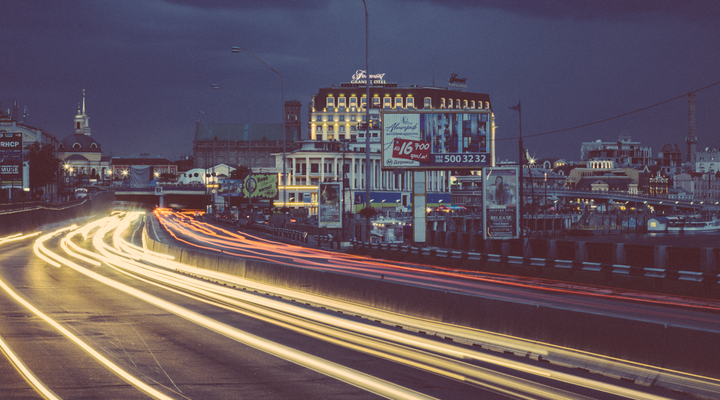 Since September 1, the law prohibits any advertising announcements along highways and 1st class roads. Photo: Pexels

Brno, August 28 (BD) – In a week, hundreds of billboards with advertisements will disappear from the highways as the new law enters in force. If their owners do not remove them, the government will cover them and destroy them.

There are currently fifteen billboards on the I / 43 road between Brno and Lipůvka. However, the advertisements have not removed yet and it’s not clear if the billboards disappear from the roads and motorways within a week.

In addition to billboards, the ads on the bridges will disappear, leaving only petrol pump signs. The regulation applies to all billboards – state-owned and private, but does not applies to billboards in cities.

If operators do not remove the billboards, they are liable to a fine up to three hundred thousand crowns. The Jihomoravský Region will also begin its inspection. “We removed almost 240 illegal billboards in 2016 alone,” said Monika Brindzakova, a spokeswoman of the South Moravian Region.

According to transport experts, billboards attract the attention of drivers and are very dangerous in a collision. “As soon as the driver gets closer to the billboard, he is likely to look at it and it may cause an accident”, Pavel Řezáč, a traffic psychologist said to Česká Televize. “In case of collision, it means total destruction of the car and the crew,” Pavel Skládaný from the Center for Transport Research added.

Due to the ban, 3000 billboards will disappear from highways and 1st class roads. In the Czech Republic, it is estimated that there are 25.000 advertising banners, most of them in the cities.

https://brnodaily.com/2017/08/28/breaking-news/billboards-to-be-removed-from-czech-highways/https://brnodaily.com/wp-content/uploads/2017/08/Billboards-to-be-remove-from-czech-highways.pnghttps://brnodaily.com/wp-content/uploads/2017/08/Billboards-to-be-remove-from-czech-highways-150x83.png2017-08-28T07:21:26+02:00Michaela PaBusinessNews - ArchivedPoliticsTransportBreaking News,Business,Czech Republic,Politics,TransportSince September 1, the law prohibits any advertising announcements along highways and 1st class roads. Photo: PexelsBrno, August 28 (BD) - In a week, hundreds of billboards with advertisements will disappear from the highways as the new law enters in force. If their owners do not remove them, the government...Michaela PaMichaela Pastourmatzimichaela.pastourmatzi@gmail.comEditorHi! My name is Michaela, I'm from Greece and I'm currently living in Brno.Brno Daily