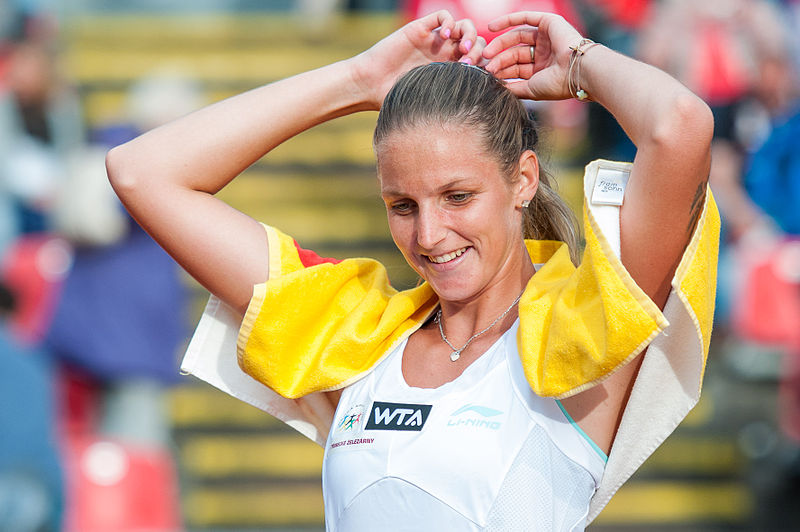 200 EUR will go to the treatment of children with cancer with each ace Karolina Pliskova hits at the US Open tournament. Photo: Stefan Brending via Wikimedia Commons

Prague, Aug 27 (CTK) – Czech tennis player Karolina Pliskova, who has been the world number one among women since mid-July, will give 200 euros to the treatment of children with cancer and leukemia for each ace she hits at the US Open tournament, she said in a press release.

Half of the sum is to be paid to to the Pediatric Hematology and Oncology Department of the Prague-Motol University Hospital by the Chytry Honza online shop with financial products.

Pliskova will send the money through her endowment fund she founded in June. She already donated 200,000 crowns (an equivalent to about 8000 euros) to the clinic two months ago.

She said this will increase her motivation to win her matches at the Grand Slam tournament that starts on August 28 and of which she is the top seed.

Pliskova, 25, hit the highest number of aces at WTA tournaments in each of the last two seasons.

However, the record highest number of aces in one match (31) was set by Pliskova’s twin sister Kristyna at the 2016 Australian Open.

Karolina Pliskova is the first Czech woman to be number one in WTA rankings. Martina Navratilova was the best tennis player in the world from 1978 to 1987, but she had U.S. citizenship then. Navratilova also won the US Open four times. Czech Hana Mandlikova won it in 1985.

Pliskova would like to underline the position of number one by winning her first Grand Slam, the four major tournaments including the US Open.

https://brnodaily.com/2017/08/27/news/business/czech-clinic-to-get-money-for-each-ace-pliskova-hits-at-us-open/https://brnodaily.com/wp-content/uploads/2017/08/karolina-pliskova.jpghttps://brnodaily.com/wp-content/uploads/2017/08/karolina-pliskova-150x100.jpg2017-08-27T04:35:13+02:00PTVTeamBusinessSportCzech Republic,Family and Kids,Sport200 EUR will go to the treatment of children with cancer with each ace Karolina Pliskova hits at the US Open tournament. Photo: Stefan Brending via Wikimedia CommonsPrague, Aug 27 (CTK) - Czech tennis player Karolina Pliskova, who has been the world number one among women since mid-July, will...PTVTeamPTV Teaminfo@ptvmedia.czUm_memberBrno Daily