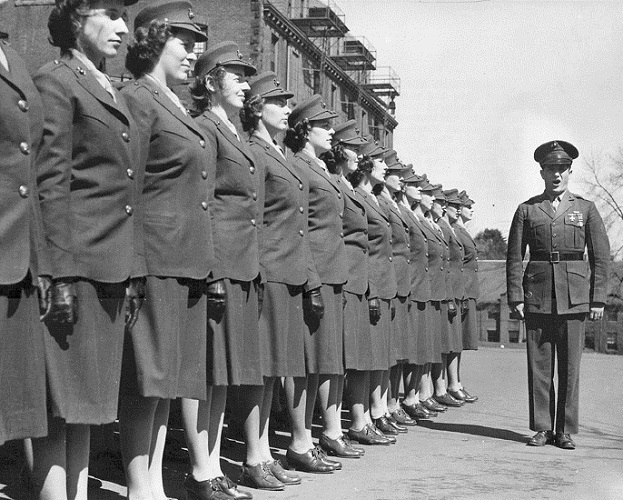 Barbara Lauwers, (birth name – Božena Hauserová), a Czech pioneer of psychological warfare in the World War II was born on April 22, 1914 in Brno. She was one of the few well know female operatives of the Office of Strategic Services (later CIA) who found creative ways of undermining foes’ morale. Much of her work was a secret until her personal records were declassified after her death in 2009.

She was a bright young lady who attended Masaryk University as a student of law. Just before the breakout of the war, she became a practicing lawyer and journalist. She married soon after and moved to Congo with her newlywed. After hearing about the scale of the tragedy in Europe, they went to the United States, where her husband, Charles Lauwers, an American, decided to enlist himself to the army after the Pearl Harbor bombing.

Barbara followed him saying, “It will be a great adventure I do not want to miss”. She became an American citizen and served in a few different states before being singled out for special service and sent to Washington D.C.

In 1944, she was transferred to Rome where she became a part of the operation “Sauerkraut”. Its essence was to create unrest among the German troops by spreading rumors, fake order, and demoralizing leaflets.

On one of the missions, she sent undercover German prisoners behind the front lines to distribute propaganda. The operation proved to be a big successes bringing back intelligence about the location of the German troops.

Another successful and curious campaign was associated with the so-called “Association of Lonely War Women”. There were multiple leaflets distributed behind the front line that merely lured lonely, tired German soldiers in to the arms of weary, lonesome women that wanted to “press a real German youth to our bosom”. All the soldiers had to do was pin a paper heart to their lapel and a lonely, future girlfriend would come up to them. Nobody can blame them for doing so. It was so believable that a U.S. newspaper wrote about it at the time.

In 1945, she was awarded Bronze Star for her ingenious tactics on the battlefield that convinced hundreds to surrender to the Allies.

After the war, she would come to Czechoslovakia to visit her family sometimes. For the rest of her life she lived in the States working as a dental assistant, hats vendor, and eventually stopping at the Library of Congress as a research analyst.

https://brnodaily.com/2017/07/20/events-in-brno/bozena-hauserova-czech-spy-in-service-of-cia/https://brnodaily.com/wp-content/uploads/2017/07/war-picture-with-women.jpghttps://brnodaily.com/wp-content/uploads/2017/07/war-picture-with-women-150x120.jpg2017-07-20T17:07:06+02:00Taras_BiletskyiEvents in BrnoBrno,Czech Republic,Famous PeopleBarbara Lauwers, (birth name – Božena Hauserová), a Czech pioneer of psychological warfare in the World War II was born on April 22, 1914 in Brno. She was one of the few well know female operatives of the Office of Strategic Services (later CIA) who found creative ways of...Taras_BiletskyiTaras Biletskyitarasbiletskyi@gmail.comEditorLiving the irrationality one absurdity at a time.Brno Daily