The earnings will grow by 2,000 crowns a month for the nurses alone.

The pay rise will be seen for the first time on the payrolls for over 200,000 people in August.

The salaries of nurses in bed health facilities working in three-shift or 24-hour systems will rise by 2000 crowns of the gross salary.

The rise covers roughly 43,000 people. At present, the average salary of nurses is about 28.500 crowns a month.

The carers for the elderly and disabled will have their salaries raised by 23 percent.

Last year, they earned on average 19.058 crowns of gross salary along with bonuses. However, one-half of the sector staff earned less than 18.821 crowns of the gross wage.

The state raises the salaries of cultural facilities, non-teaching professions in the education, the technological personnel and administrative staff by 9.4 percent.

Thanks to a change in the salary scale, 93,000 civil servants and 72,000 employees of local self-rule bodies will have higher salaries.

The salaries of the police, firefighters, customs and prison officers and secret services staff will be raised by one-tenth.

The rise in the salaries will cost the state almost 1.5 billion crowns.

The police corps employs roughly 40,000 officers and the firefighting authority about 9,700. The average salary in the two bodies is about 35,000 crowns a month.

Career soldiers will have their salaries raised by 7 percent. Their average salary is now about 31,000 crowns.

On January 1, there were 23,184 professional soldiers in the military of the Czech Republic.

Significant pay rises took effect for some employees in the private sector today, too.

The staff of the Tesco retail chain will receive on average an 11 percent pay rise.

According to the Czech Statistical Office, the average gross monthly wage was 27,889 crowns in the first three months of the year.

Experts say the massive pay rises are largely due to the record low jobless rate that fell to 4.1 percent in May in a fourth drop in a row.

Facebook Comments
https://brnodaily.com/2017/07/02/breaking-news/czech-police-soldiers-firefighters-nurses-get-massive-pay-rise/https://brnodaily.com/wp-content/uploads/2017/05/politics.jpghttps://brnodaily.com/wp-content/uploads/2017/05/politics-150x100.jpg2017-07-02T08:31:01+02:00PTVTeamNews - ArchivedPoliticsBreaking News,Czech Republic,Employment,PoliticsJuly 2 (CTK) - Czech police, firefighters, prison officers, social workers, nurses, non-teaching employees in the educational sector and the cultural facilities staff receive a massive pay rise between 7 and 23 percent as of yesterday. The earnings will grow by 2,000 crowns a month for the nurses alone. The pay...PTVTeamPTV Teaminfo@ptvmedia.czUm_memberBrno Daily 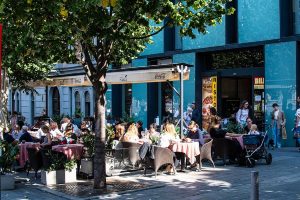 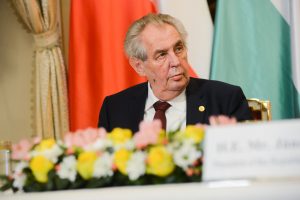