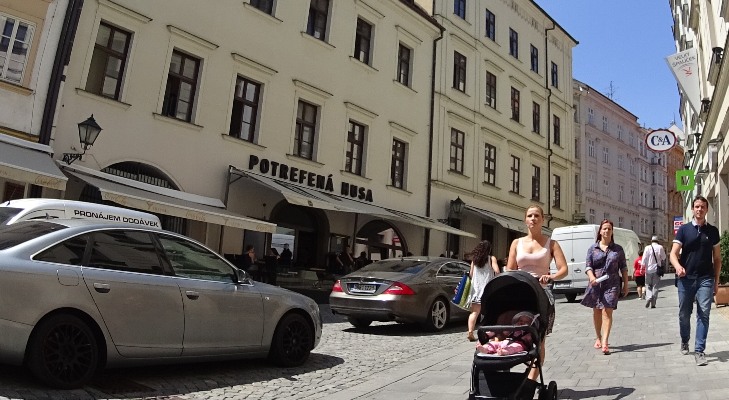 Brno, June 22 (BD) – The rising prices of apartments in Brno force citizens to dig deep into their pockets. Over last 12 months, the price of two-room apartments has increased by 300 000 CZK.

Growing economy, low-rate mortgages and the lack of available properties has recently resulted in increasing prices in the Czech real estate market. The city of Brno is in the heart of this price hurricane. It is very rare to see a new residential construction around the city although you come across a sign “under reconstruction” clipped on every second building. In the first quarter of 2017, there were sold only 220 apartments in Brno, about 42 % less than in the same period in 2016, informs agency Trikaya.

Michal Chemišince, a real estate agent, pinpoints the reason for Czech TV: “The Master Zoning Plan of Brno (Územní plán města Brna) can be mentioned as the one of main causes of housing issue, since it restricts the construction of new residential apartments.” According to Deputy Mayor for urban planning Martin Ander, the inadequate construction plan is not to be blamed. “It [the lack of apartments in Brno] is because of unresolved property relations or lack of transportation links,” Ander commented earlier for Idnes.cz.

A new zoning plan outlined by Brno Municipality focuses on housing construction in areas such as Kaménky, Kejbaly, and Černovická terasa. Brno Municipality envisages that the new plan will enter in force in 2020.

The only bigger housing project in recent years is Kamechy in Brno-Bystrc. Immense lack of apartments enhanced by a huge housing demand of incoming students and employees of multinational corporations has been pushing the prices up. There are over 80 000 students in Brno during a semester. Older buildings in city center offer bigger apartments with 4 and more rooms and area of over one hundred square meters. “Monthly rent of over 20 thousand is hardly paid by a single family but a group of twelve students easily shares the rental costs. Yes, so many of them sometimes decide to live in one apartment together,” said Březina from rental web UlovDomov.cz to web Idnes.cz.

An average two-room-apartment rent in Brno has already crossed the line of 11 000 CZK. In 2014, you would purchase such apartment for 2.3 million CZK but in mere three years, you’d better prepare at least 3 million CZK. The increase accounts for 10% annually, making it 32,2% increase in past three years, informs real estate web Realitymorava.cz.

Even to buy your own housing in Brno’s vicinity is getting tougher and you can find yourself on a very long waiting list with a lot of money needed to purchase a house of your dreams, adds Realitymorava.cz.

But it is not a problem only in Brno. The entire Czech Republic is getting expensive as far as residential housing is concerned. An average two-room apartment is now available for more than 1.5 million CZK, although 12 month ago you could buy it 300 000 CZK cheaper. Two-room apartments are selling like hotcakes and that is why their prices are rising so fast. One room apartments got expensive by 22,3%; for three room apartments one pays by 14,2% more than last year.

Facebook Comments
https://brnodaily.com/2017/06/22/breaking-news/fewer-apartments-for-higher-prices/https://brnodaily.com/wp-content/uploads/2017/06/Fewer-Apartments-for-Higher-Prices.jpghttps://brnodaily.com/wp-content/uploads/2017/06/Fewer-Apartments-for-Higher-Prices-150x82.jpg2017-06-22T08:25:37+02:00Zuzana PápayováNews - ArchivedRelocation to BrnoAccommodation,Breaking News,Brno Urban Guide,Czech Republic,Urban PlansBrno, June 22 (BD) - The rising prices of apartments in Brno force citizens to dig deep into their pockets. Over last 12 months, the price of two-room apartments has increased by 300 000 CZK. Growing economy, low-rate mortgages and the lack of available properties has recently resulted in increasing...Zuzana PápayováZuzana Pápayovázuzanazetqapapayova@gmail.comEditorSlovak expat in Brno; a philosopher by night and rebel by fate who is too eager to understand it all, yet too understanding to loot the mysterious magic of the world.Brno Daily 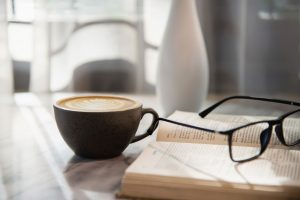 Three Great Brno Cafes To Read In Peace and Quiet

Slovak expat in Brno; a philosopher by night and rebel by fate who is too eager to understand it all, yet too understanding to loot the mysterious magic of the world.
View all posts by Zuzana Pápayová →
« 06/24 Get Ready for Burger Battle!
Czech Republic Plans Crackdown on Illegal Puppy Smuggling Business – Press »