Brno Taxpayers Can Have a Say in City Budgeting 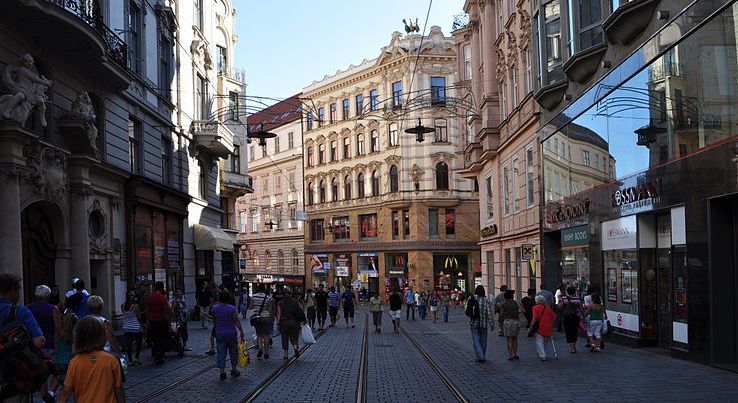 Europeans are all accustomed to indirect democracy – it means voting for a representative and hoping that they will transform their promises into reality. But in Brno, democracy has risen to its new level. Its citizens can be involved in formation of a real city budget, so their voice is heard directly. Brno is the first statutory city with participatory budgeting in the Czech Republic!

The idea of participatory budgeting does not have European roots. Surprisingly, it stems from Brazil and dates back to 1989. Since then, cities like New York, Porto Alegre, London, even Banská Bystrica in Slovakia and since 2017, Brno, too are engaging entire community to make decisions about the part of city budget which will directly affect their lives.

In 2017, Brno has put aside 20 million Czech crowns (ca. EUR 754 631) which will be invested into at least ten projects proposed by the public. The initiative is called “Dáme na vás” (loose translation – “We do as you wish”) and it accumulates ideas directly from the residents who then vote for the best one via “likes”.

The process has three stages. Firstly, February was a launching month of a campaign when you could firstly publish your proposals concerning community well-being via Internet on damenavas.brno.cz or in a paper form. Subsequently, your project needs to be attractive for your community members, too. Then the fun starts! Your project seeks to have support of at least 150 likes on internet or of at least 15 people who will state it in an official writing. The competition among projects is so far quite great. The website shows 165 proposals with 37.380 likes. Surely, numbers will rise, because everyone can vote.

The second stage is to finalize the successful ideas and to take into consideration their feasibility. In the last round, in November, only citizens with permanent stay in Brno will vote with 5 positive votes (max 2 votes for a project) and 2 negative votes for/against the short-listed proposals. The proposals entail e.g. reconstruction of damaged sidewalks, planting of trees on every street, bidirectional bike access, restoration of a library, public lightning, co-working place at Lužánky park and many more; see the project gallery.

However, Dáme na vás is a part of the greater initiative Chytré Brno (Smart Brno) that desires to raise awareness and inspire people to be both, informed and involved.

https://brnodaily.com/2017/05/22/breaking-news/brno-taxpayers-can-have-a-say-in-city-budgeting/https://brnodaily.com/wp-content/uploads/2017/05/wiki-commons-masarykova.jpghttps://brnodaily.com/wp-content/uploads/2017/05/wiki-commons-masarykova-150x82.jpg2017-05-22T08:25:06+02:00Zuzana PápayováBusinessNews - ArchivedPoliticsRelocation to BrnoBreaking News,Business,Czech Republic,Politics,Relocation to BrnoEuropeans are all accustomed to indirect democracy – it means voting for a representative and hoping that they will transform their promises into reality. But in Brno, democracy has risen to its new level. Its citizens can be involved in formation of a real city budget, so their voice is...Zuzana PápayováZuzana Pápayovázuzanazetqapapayova@gmail.comEditorSlovak expat in Brno; a philosopher by night and rebel by fate who is too eager to understand it all, yet too understanding to loot the mysterious magic of the world.Brno Daily