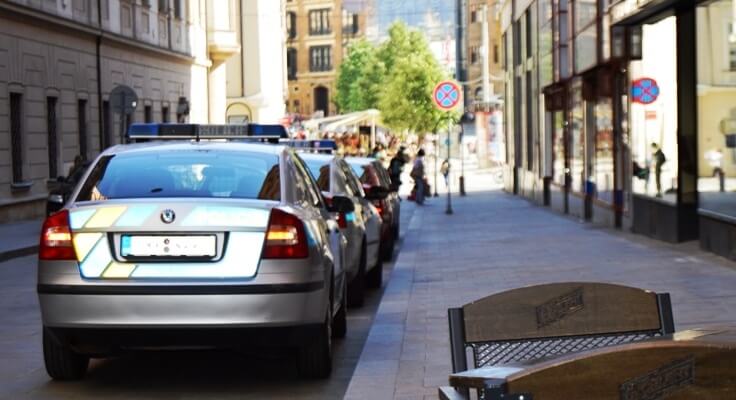 Official transportation statistics show that Brno is the city with most serious and fatal road traffic accidents per capita in the Czech Republic.

Sad results appear even worse taking into account that newly released statistics for 2016 do not consider accidents on infamous D1 highway and only track the roads between signs informing about entering and leaving Brno.

Czech Insurance Company (Česká pojišťovna) has marked Brno’s roads as the most dangerous 5th year in the row. Idnes.cz informs that in 2015, for example, there were 101 serious accidents and 6 fatal accidents; in 2016 the numbers grew to 112 serious accidents and 7 fatal ones. More fatal accidents were reported only in Prague (21) and Ostrava (9). Brno is the second city after Prague with highest number of serious traffic accidents in 2015 and 2016. The safest traffic situation is in Jihlava.

Every year 6.1 people in 100.000 die on the Czech roads according to stats released by World Health Organization in 2015 moving the country to the upper part of the sad list. Number of fatalities on the Czech roads has significantly decreased in the past decades; for example, in January 2003 there were 103 accidents with fatal outcomes while in January 2016, it was mere 27. The number of people killed in traffic accidents in 2016 is the lowest since 1961 (545).

The list of main reasons of high risk on Brno’s roads is lead by low-quality traffic infrastructure and the fact that Brno serves as a transit point for international truck transport. Many of these heavy trucks pass through the city center as the traffic ring road has been under construction yet. Construction of the outer city ring road falls under the Road and Motorway Directorate (Ředitelství silnic a dálnic). In June, the construction of the ring road in Židenice begins. Žabovřeská street is next on the list. Last year, Brno Municipality managed to acquire the land for the planned road construction there.

In order to improve the current situation, Brno Municipality wants to measure speed in selected areas. “We have identified places where over forty percent of drivers exceed the speed limit.” said to Idnes.cz Vladimír Bielko, head of the Department of Transport of Brno Municipality last Tuesday.

https://brnodaily.com/2017/05/21/breaking-news/brno-road-traffic-accidents-most-serious-and-fatal-in-the-czech-republic/https://brnodaily.com/wp-content/uploads/2017/05/DSC_0321.jpghttps://brnodaily.com/wp-content/uploads/2017/05/DSC_0321-150x82.jpg2017-05-21T12:31:00+02:00BD StaffNews - ArchivedTransportBreaking News,Czech Republic,Security,Transport,Urban PlansOfficial transportation statistics show that Brno is the city with most serious and fatal road traffic accidents per capita in the Czech Republic.Sad results appear even worse taking into account that newly released statistics for 2016 do not consider accidents on infamous D1 highway and only track the roads...BD StaffBD Staff team@brnodaily.czAdministratorBrno Daily - English News and Events in Brno.Brno Daily