Czech Police have started testing a hybrid electric car for highway patrol in South Moravia. This follows on a separate test of three electric cars in Prague that started in April.

The hybrid car is a BMW i8 that was introduced as a concept car in 2009 and went into production in 2014. The police will be able to use it for free for six months or until it reaches 20,000 kilometers. The car was handed over to the police in a ceremony at a BMW showroom in Prague on May 10.

“This is the first time that we will use a concept car, an extremely fast supersport with hybrid drive,” traffic police chief Tomáš Lerch said, according to media reports.

South Moravian Regional police director Leoš Tržil was also present for the handover. “The car will not be used to catch speeding drivers, in fact it does not even have radar. We want to test whether alternative power cars suit us. Our main aim is for police to be seen on the road more and above all to be perceived more positively by the public,” Tržil said.

The car will be based in the South Moravia region but will also go to the Vysočina and Zlín regions, and will spend most of its time on the D2, D52 and D1 highways.

The police also received a BMW electric bike and protective gear along with the BMW i8. It is not clear where the bike will be deployed.

At the start of April, BMW loaned three fully electric cars to the Czech police. The BMW i3 cars are now in use in Prague. The cars will be used in parks and nature preserves, and also when needed for security in the historical parts of the city center.

They are loaned for free for six months or 6,000 kilometers. The i3 is BMW’s first zero emissions mass-produced vehicle. The BMW i3’s range is 130 to 160 km for the 60 Ah battery option under the New European Driving Cycle (NEDC), and up to 200 km in the most efficient driving mode.

“I’m really glad that the police … have the opportunity to try these alternative powered vehicles, which are now commonly used by foreign security forces. The environment needs to be protected, and if electric vehicles in the service of the police are successful, we will no doubt consider supplementing our fleet with new, environmentally friendly cars,” police chief Tomáš Tuhý said in a press release at the time.

The loans of the cars is part of an international effort by BMW to get police and security forces to use electric cars. They are in use in Germany as well as in Geneva, Los Angeles, Sydney and Dubai. 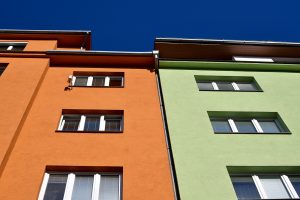 House Prices Up almost 8% in the Czech Republic, Compared to 5% in the EU